Part of the World Rally Championship calendar since it began in 1973, Rally Sweden is one of the season’s unmissable rounds. Even when temperatures drop to close to -30°C – which is unlikely to be the case this year – large numbers of fans still flock to the stages to see the drivers deploy their acrobatic talents to keep their cars on the road. The WRCs flirt with the snow banks as they drift around corners at full speed, providing an unforgettable show for the spectators! According to the drivers, the grip offered by the studded tyres provides a genuinely unique feeling…

The 2017 running of the event includes a number of new features. The service park moved to Torsby airport. This configuration means that more than half of the itinerary has been revamped and the competitors will tackle several brand new speed tests. Following Thursday evening’s traditional super special stage at the Karlstad racecourse, the crews will head across the border into Norway on Friday’s leg. Röjden will be the only stage this season to be contested in two different countries! On Saturday, the highlight will obviously be Vargåsen and the infamous long jump contest held at Colin’s Crest. The rally concludes around lunchtime on Sunday, after the Torsby Power Stage. 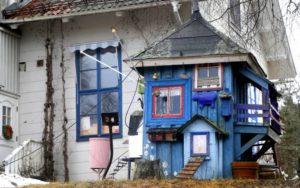 “I heard that Thierry didn’t believe that the Fiesta R5 could go that fast, but he can join me for a ride if he is unsure!” laughed Brynildsen. He was in fifth gear and travelling at around 165kph when he took off.

As the first motorsport event to achieve accreditation from the FIA Institute’s environment programme, Rally Sweden takes its green credentials seriously. As such, its Rally Guide is only published online and competitors are urged to request the minimum number of printed documents necessary in helping with their preparations. 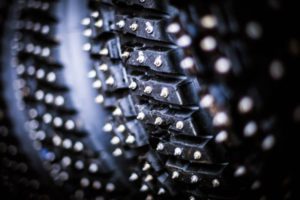 “Over the years, we have learned to cope with the specific challenges posed by this rally. The settings are different to those used on gravel and we have noted in testing that the C3 WRC responds well with our usual solutions. If the conditions deteriorate, with less snow and ice, we will need to be able to adjust the set-up, adapting the suspension to the ruts that form on the racing line. In those sorts of conditions, the tyre’s studs tend to break, so we would need to limit this phenomenon by making changes to certain settings. As the cars cover more ground, snow tends to build up on the car and the increased weight can reduce performance. We took this into account when we designed the bodywork, but this phenomenon remains inevitable.”

Max: We were quick on every tyre compound