Joan ‘Bang-Bang’ Barreda will make his seventh appearance in the Dakar Rally in the forthcoming 2017 edition. It is a speciality in which he has continued to achieve all kinds of successes since beginning back in 2010.

The Spaniard is born on August 11th 1983 in Castellon. His career began in motocross, where after demonstrating both talent and speed, was selected by the Spanish Federation to compete in the 125cc World Championship. A serious injury kept the rider out of the competition for a long spell. After a stint in enduro he moved on to rally-raid where he was discovered by Wolfgang Fischer after clinching the 2012 Baja Aragón. No sooner had he been signed up for the team when he brought home the first success, taking the top step of the podium in the Pharaons Rally. 2013 saw the rider pick up some excellent results. These included four stage wins in the Dakar Rally with a sensational performance, as well as a podium finish in the Morocco Rally.

Barreda shone in the Dakar 2014, grabbing five stage victories and was in the running for the overall win until a heavy fall in the penultimate stage meant having to settle for seventh place. In the world championship, Barreda triumphed in Qatar and was third in Abu Dhabi and third overall in the World Championship.

In 2015 he rode an intelligent race in the Dakar which he led convincingly until the ill-fated Uyuni Salt Lake stage. It put an end to his aspirations of an overall win. In spite of the mishap Joan came away with four stage victories. He got off to a better start in the Cross-Country Rallies World Championship winning the Abu Dhabi Rally and finishing second in Qatar.

In the Dakar 2016, a rampant Barreda looked poised to take the top prize, only to suffer a mechanical setback which ruined the Spaniard’s chances of an overall win.

This season has seen the HRC ace able to train injury-free in the build-up to the Dakar. He scooped a hat-trick of victories en route: the Baja Aragón, the Vegas to Reno and the China Grand Rally.

Nowadays Joan Barreda lives in Canillo, Andorra. Snowboard, wakeboard and surf are among his hobbies although he does not have enough leisure time to enjoy them.

JOAN TALKS ABOUT THE DAKAR RALLY

What is the Dakar for you?

The Dakar is my life. Especially over the last few years. Whenever I used to watch the Dakar on the television I would think about when I would be able to race in it. Now I’m here with a great team, a fine group and an ace bike. I want to enjoy the race, have a good time and make the most of the opportunity.

What sort of shape are you arriving at the Dakar in?

I believe that I’m better than ever. We have had a great year for both the preparation and the races. The team worked on the bike, strengthening its reliability and we’ve worked on fitness too with specific training regimes. We have got pace and good feelings. I hope not to make any mistakes which is fundamental to be in with a chance of winning. I have proven over the last few years that I’m up to the task, the only thing that has been missing is a bit of luck.

What is your aim?

To win. We are a strong team, with really strong riders. I’m confident in myself especially because there are people who believe in me. I’m going to face this race
without pressure and try and do my job. Counting on this support, I think that we can do a great job this year. 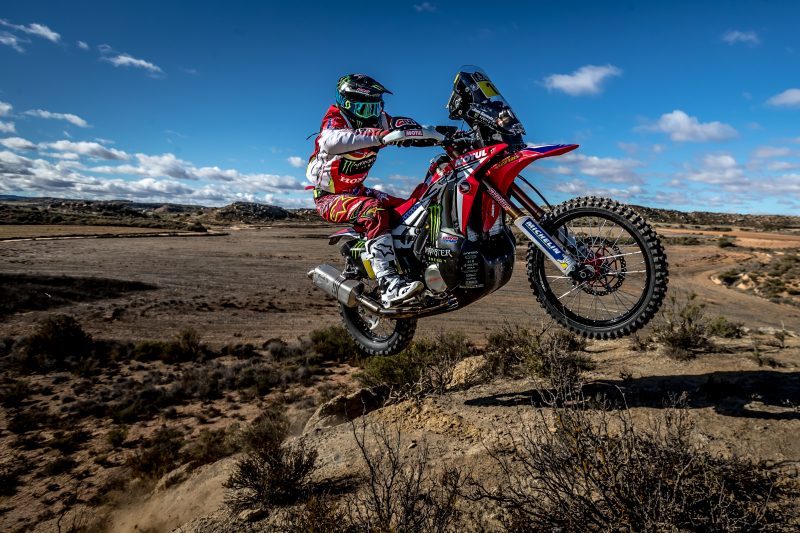 Dua Lipa and Jaguar create music track every fan can remix and call their...

Bottas: We are playing as a team. That’s how it is and I move...