The Russian Grand prix is the 16th round of the 2018 Formula 1 World Championship.

The Sochi Autodrom is one of the many new Formula One venues designed by Hermann Tilke. It is an exceptionally technical circuit, characterized by hard braking into low-speed corners. However, it is also one of the longest tracks in Formula One, as only Spa-Francorchamps (7.004 kilometers/4.352 miles), Baku City Circuit (6.006 kilometers/3.732 miles) and Silverstone (5.891 kilometers/3.660 miles) are longer. 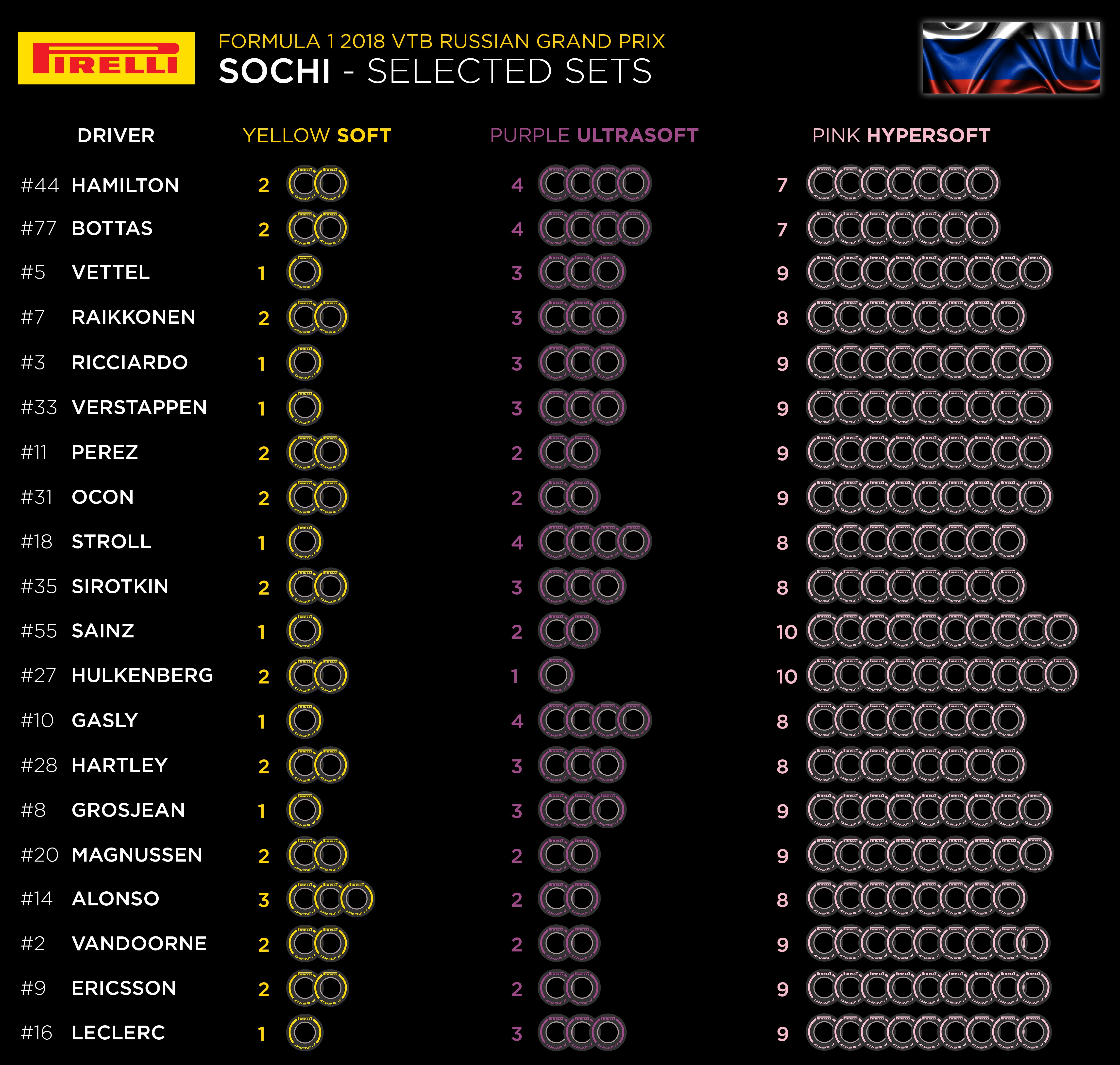 In total, there are 12 right-hand and six left-hand corners, with a 650-meter (2,133 foot) straight between the first and second turns. Of Sochi’s 5.848-kilometer (3.634-mile) layout, 1.7 kilometres (1.056 miles) are run on public roads. The surfaces of both the public road and the purpose-built portions are incredibly smooth, and the track has remained consistent between its debut in 2014 and in Formula One’s subsequent visits. Tire degradation is minimal compared to most tracks, allowing for teams to employ a one-stop strategy while still giving drivers the freedom to push hard.

Sochi hosted the 2014 Winter Olympics and the city’s massive buildup was specifically for those games. Prior to Sochi, the Circuit de Barcelona – Catalunya was home to the start/finish line for the road team time trial cycling event when Barcelona hosted the 1992 Summer Olympics. The backstraight at the Circuit Gilles Villeneuve in Montreal runs adjacent to the Olympic rowing basin. It was in use during the 1976 Summer Olympics. The Autodromo Hermanos Rodriguez is located in the Magdalena Mixhuca Sports City. It hosted numerous events during the 1968 Summer Olympics in Mexico City.

DYK? The original Russian Grand Prix was held 105 years ago in St. Petersburg

A local, Georgy Suvorin, won it in a Mercedes. The race took place again the following year, won by German driver Willy Scholl, again in a Mercedes.

And just like that, it’s RACE WEEK again! Hands up if you’re excited ?#F1 ?? #RussianGP pic.twitter.com/FtNPEz6CMz

The cars exceed 320km/h (199mph) in the two DRS zones, so it’s vital to maximise straight-line speeds because these areas provide the best overtaking points on the lap. However, it’s also important to maintain good traction and braking performance because of the stop-start nature of the layout.

Unique difficulty Rear tyre wear. With so many short bursts of acceleration, the cars are rear-limited during the race stints. This is traditionally a one-stop race, partly due to the long and slow pit-lane – 60km/h (37mph) – so the engineers work hard to prolong tyre life during the practice sessions.

Biggest challenge The Hypersoft tyre compound. This is only the fourth time this year that the new-for-2019 Hypersoft tyre has been raced (in addition to Monaco, Canada and Singapore), and its longevity could prove critical in the race. The drivers that can make it last long enough to execute a one-stop strategy will be in a strong position.

Braking This is a demanding circuit on the brakes. There are 12 braking zones in which 19 per cent of the lap is spent braking. The average deceleration is 3.7g, with the peak of 5.5g on the approach to Turn Two.

Power The cars use 1.7kg of fuel per lap, which is average.

Aero Medium downforce. The emphasis is on straight-line speed, without compromising braking, traction or tyre wear. As a result, the cars utilise a similar downforce level to the Circuit Gilles Villeneuve in Montreal. 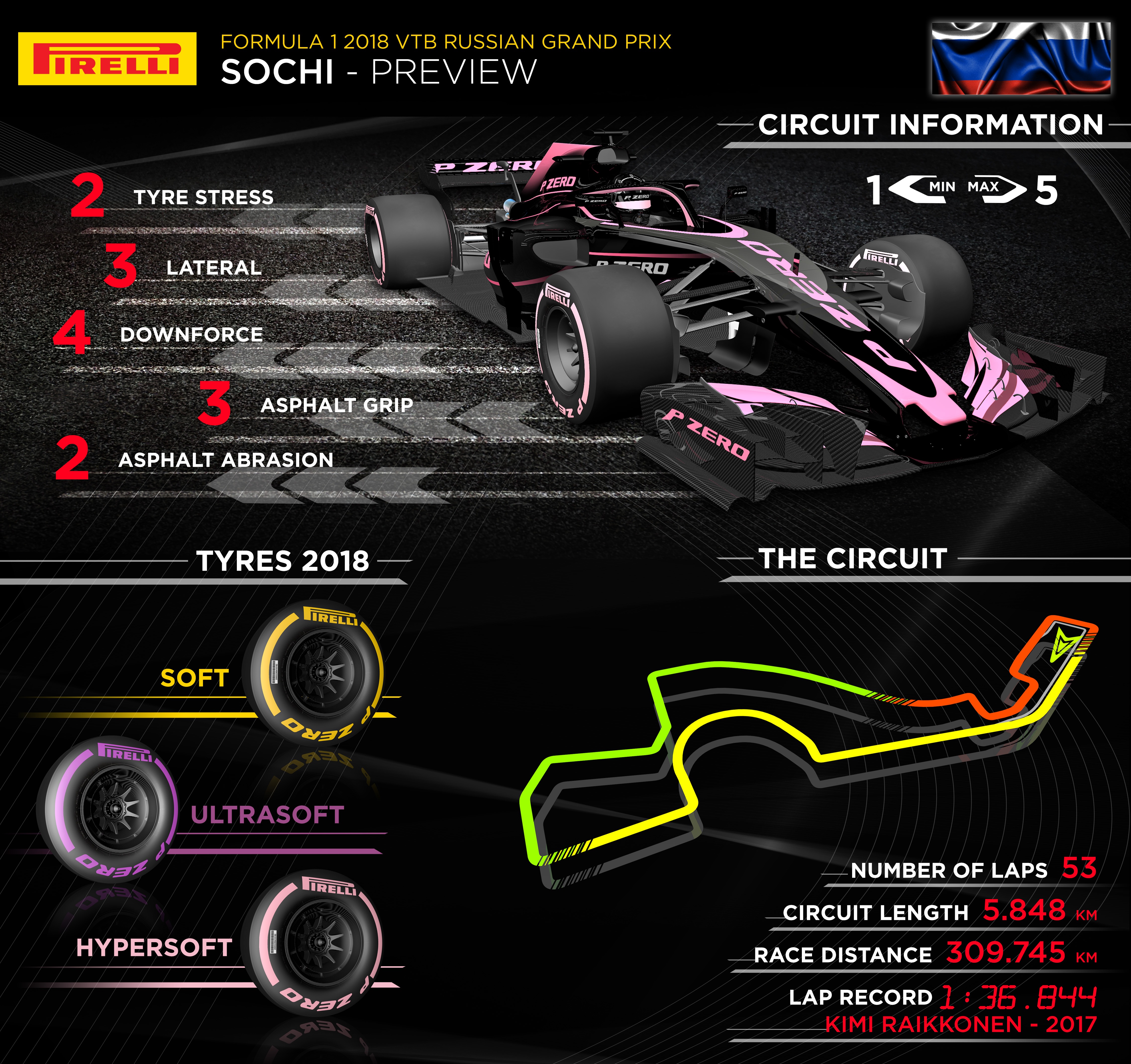 Vettel: Red Bull may beat themselves

Things really couldn’t have gone any better, Mikkelsen admits at the end of Day...

It isn’t a disaster starting on supersofts, Verstappen explains