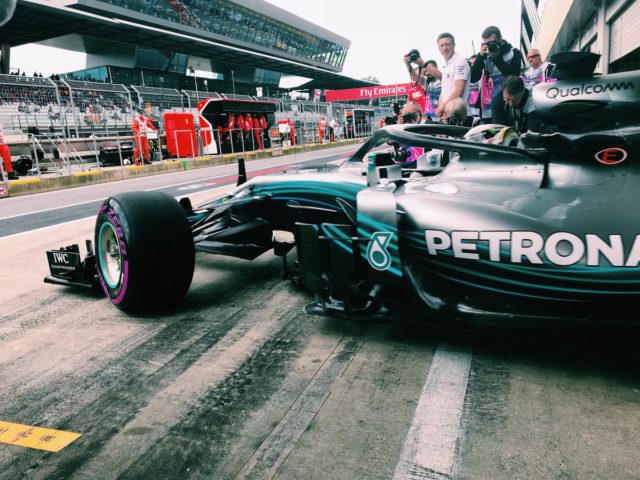 Hamilton concluded his morning run with a lap in 1:04.839 min on Pirelli’s ultrasoft tyres that edged out Bottas by 0.127s, with Red Bull’s Max Verstappen in third, 0.233s behind. Ferrari’s Sebastian Vettel, Daniel Ricciardo and Kimi Raikkonen completed the top six.

As scheduled, Robert Kubica was back in the Williams, undertaking his second FP1 of the season as he slot into Sergey Sirotkin’s car in Austria.

The Polish driver’s task was to focus exclusively on development work however, with outright speed a very secondary concern.

McLaren’s drivers were among the first to hit the track. The Woking-based outfit running aero rakes on its MCL33. It tests various set-up changes in an attempt to improve the car’s rather depressing form.

On the development front, everyone will also be attentive to the impact of Mercedes’ updates here in Austria as the German team attempts to build itself a margin over its fellow front-running rivals.

Hamilton jumped to the of the leaderboard shortly after taking to the track with a 1.05.825s lap. He just edged out team mate Bottas, but the Finn responded by going faster by 0.144s, an effort immediately bettered once again by the four-time world champion.

As Red Bull ramped up its speed, Max Verstappen took a trip off the road at Turn 4. He put two wheels in the gravel and suffering a quick spin without any damage.

Damage was incurred at McLaren however, with Stoffel Vandoorne breaking his front wing after hitting a kerb. The Belgian’s morning was a complicated one. He was also summoned to the Stewards post-session for an “unsafe release” investigation involving Sebastian Vettel.

An hour into the session, Verstappen, Vettel and Ricciardo all picked up the pace but without overrunning the Silver Arrows squad.

In addition to its good balance, Mercedes W09 was also the fastest car in a straight line. Bottas clocked 318.2 km/h.

Hamilton and Bottas remained at the top of the timesheet in the closing stages of the session. As everyone focused on long runs.

Romain Grosjean concluded FP1 as ‘best of the rest’, right in front of Force India to Esteban Ocon. While Charles Leclerc once again put in an impressive performance with the ninth best time.

Fellow rookie Pierre Gasly rounded off the top ten for Toro Rosso. Despite Mercedes’ advantage at the very front, the spread between the front-runners was relatively tight with a little over half a second between the top 5.

M-Sport Malcolm Wilson: The pressure is most definitely on us as a team now

Hamilton close to the title after a win at Suzuka