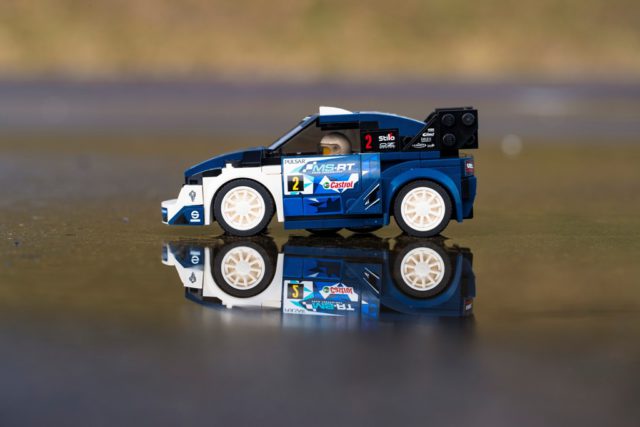 Ford, The LEGO Group and rally specialists M-Sport revealed a new model from the LEGO® Speed Champions range. The little car will bring the thrill of the rally stage to living room floors across Europe – the title-winning M-Sport Ford Fiesta WRC rally car.

The designers at LEGO have recreated the striking looks of the M-Sport Ford Fiesta WRC car complete with powerful wheel arches and dramatic front and rear spoilers.

The new set includes a choice of wheel trims, two interchangeable bonnets – one featuring spotlights for night driving, authentic miniature race-graphics and a driver minifigure with helmet and racing overalls that can be placed inside the car through the removable windscreen. 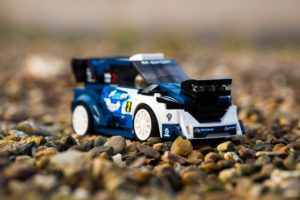 “With two World Rally Championship titles and five rally victories in 2017, it’s hard to think of a more worthy addition to the LEGO Speed Champions range than the M-Sport Ford Fiesta WRC car”, said Mark Rushbrook, Ford global director of Motorsport. “The LEGO Speed Champions series is a fun way to celebrate the success of Ford cars in motorsport. We hope it will inspire future generations of car designers, engineers and rally drivers.” 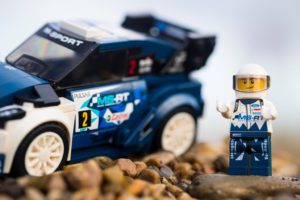 Its launch across Europe was in 2017. The WRC model has already started the 2018 World Rally Championship season. At Rallye Monte Carlo last month Ogier and Ingrassia won while this weekend they compete in Sweden.

Ford and LEGO have also introduced a new 1968 Ford Mustang Fastback model to the LEGO® Speed Champions range. The 184-piece kit features green bodywork with gold-coloured wheels and comes with a timing board. It also has race-graphics stickers, removable windscreen and a minifigure driver wearing a classic-style racing suit.

The iconic Ford GT40 and new Ford GT racing cars are also available as part of the collection. These models won the 24 Hours of Le Mans in 1966 and 2016.

The new LEGO Fiesta WRC and 1968 Mustang Fastback will be available to order at LEGO.com/shop from March 1, 2018. Each is with a recommended retail price of £12.99.

A strong and trusted driver line-up for Mercedes in 2019

Lewis Hamilton: “It was great to have a solid race weekend”