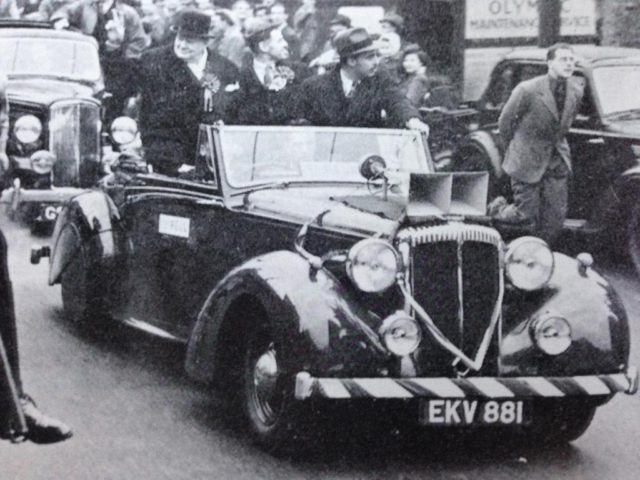 It is not often that a car can claim to have shaped history. But the historical importance of a particular Daimler appearing on The Grand Avenue at next month’s London Classic Car Show (15-18 February) is really remarkable. It is the sole surviving pre-war DB18 Drophead Coupe. But, more significantly, it was also the very car which Winston Churchill used for his political campaigns between 1944 and 1949.

As he toured the country, Churchill would sit on the rear deck. He addressed packed crowds via a loudspeaker system fitted on top of the car’s bonnet. The DB18 was appropriate as its relatively compact size ensured people could have a good view of their national hero.

As currently depicted in the Oscar-nominated Darkest Hour movie, Churchill was without a doubt one of the most inspirational and charismatic leaders in British history, and during the Second World War the driving force against Nazi Germany. This extraordinary Daimler played its part, too.

Announced in 1939 just before the outbreak of hostilities, the DB18 was the ultimate version of Daimler’s famous Fifteen model. It was the first Daimler to boast independent suspension. The car had a bigger, 2,522cc version of the overhead-valve six first introduced in 1933. 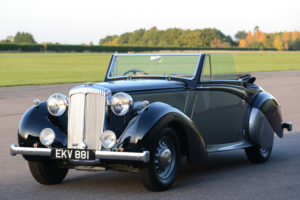 The Daimler of Winston Churchill heads for Grand Avenue Show

For 1939 Daimler planned an initial production run of 23 Drophead Coupés. But production soon halted when war broke out and didn’t resume until 1945. Only eight of the original cars had been built when Daimler’s factory was destroyed during the Blitz of 1940. And five of those were destroyed during the attack. Today only one of the surviving three DB18s exists: chassis number 49531 – Winston Churchill’s car with its unique Carlton Carriage Company drophead coupe body.

The remarkable machine has just returned to its former splendour having. It underwent a major £120,000 restoration. And now it joins more than 50 of the world’s finest automotive creations. All of them will parade up and down The Grand Avenue runway, the central feature running almost the entire length of ExCeL within the expanded The London Classic Car Show.

“This very special Daimler not only has enormous provenance in the classic car circles as the only surviving DB18 Drophead Coupe but is also a car which played a major role in shaping the history of this county and, indeed, the world. It ticks all the boxes,” said Bas Bungish, Event Director.

“It’s presence at The London Classic Car Show is all the more pertinent, too, with the Darkest Hour putting the spotlight on Churchill’s incredible leadership at the box office and actor Gary Oldman tipped for an Oscar for his depiction of the great man.”

Michelin ready to ring in the changes for 2017