Hyundai Motorsport heads to the season finale of the 2017 FIA World Rally Championship (WRC), Rally Australia, in positive spirits as the team aims to conclude its fourth year of participation in the sport on a high.

With the 2017 Drivers’ and Manufacturers’ Championship titles wrapped up by Sebastien Ogier and M-Sport in Wales Rally GB, Hyundai Motorsport can attack the Australian stages with a full focus on the event in hand and with an eye firmly on next season.

A three-car Hyundai line-up will see Hayden Paddon compete in front of travelling Kiwi and passionate Australian fans, Thierry Neuville aiming to secure second place in the drivers’ table, and Andreas Mikkelsen defending his victory from twelve months ago

The 13th and final round of the 2017 season will see crews negotiate tough gravel stages in dusty conditions that starkly contrast with the slippery terrain faced in Wales.

Testing is prohibited outside of Europe, so Hyundai Motorsport will be putting a season’s worth of improvement from its Hyundai i20 Coupe WRC into the Australian round of the Championship.

Team Principal Michel Nandan said: “We approach Rally Australia with every hope and intention that we can deliver a strong all-around team performance. We have all the ingredients to be competitive on the Australian gravel and we will give everything we can to achieve that. We have to accept our second place in the Championship behind M-Sport, but at the same time we can reflect on 2017 as being one of progress and improvement for our team.”

“If we can put all the pieces together in Australia, I hope we can not only be in the hunt for victory but also fight for the podium with multiple cars. There are some new stages to tackle this year, in addition to lots of familiar stages. We finished third in 2016 with Thierry and Nicolas, but our sights are even higher this year. Our rivals will be out to complete the year in the same way, so we need to be at the very top of our game.” 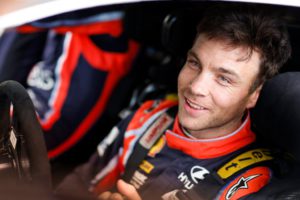 Alongside his co-driver Seb Marshall, Paddon will benefit from huge support in Australia, with plenty of fans travelling from New Zealand for the rally

A tough season for the Kiwi has delivered a best finish of second in Poland, a result he’d like to emulate ‘down under’.

Paddon said: “It is always nice to be heading back to our side of the world. It isn’t quite a home event but it is as close as we can get. The support we receive from the fans is unreal and we want to give them a good show. And something to shout about. We are not competing on the public roads as much as previous seasons, with a lot more stages in the forest. That will make the event slightly different. But we are confident in our abilities. Finishing the rally in Wales in the top-eight wasn’t necessarily the result we wanted. But it gave us good mileage in the car, which we hope will translate positively to Australia.” 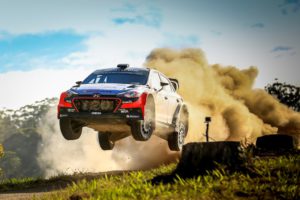 Taking five stage wins, including the Power Stage, the Belgians need an equally strong result in Australia to secure their runners-up slot ahead of Ott Tanak.

Neuville said: “Australia is an enjoyable rally, an event where I have finished on the podium a couple of times in the past. It will certainly be nice to finish the season with a great atmosphere and some Australian summer sunshine. My aim for this final rally is clear: to secure our second place in the Championship. We know we have the technical package to compete at the front. So with the addition of a bit of luck, I am hopeful we can do what we need to do.” 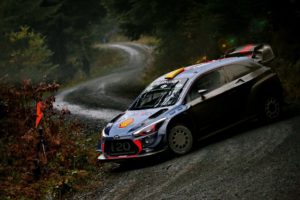 Mikkelsen and co-driver Anders Jæger head to the Coffs Harbour based event as defending winners, having impressed in Australia twelve months ago

The Norwegian duo narrowly missed out on a podium in Wales last time out. But they will be aiming to rectify that in the season finale, their third rally with Hyundai Motorsport.

Mikkelsen said: “Australia is probably my favourite rally of the season, and I have great experiences from the event previously. Winning in 2016 was a great memory and I hope we can be in the mix again with Hyundai Motorsport. It would be an amazing way to end the season and to prepare for a full-season campaign in 2018. It is always a challenging event, so nothing can be taken for granted. We do have an advantageous starting position, though, which we hope to make the most of. I am looking forward to it!”

Lorenzo: This is the most complete Ducati bike of all time

Marquez wins in Malaysia to secure 2018 Constructors title for Honda