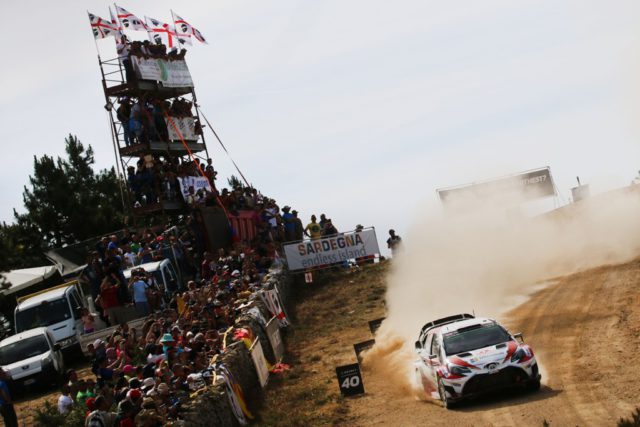 Toyota and its technology partner, Microsoft, are launching the EchoCam service at the 2017 Neste Rally Finland. Both companies are exploring new ways to bring rally fans closer to the World Rally Championship action. This service is a result of their efforts until now. 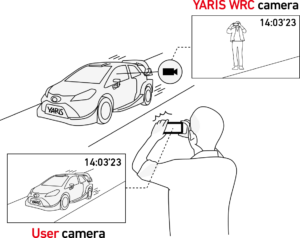 EchoCam is an entirely new service. It connects fans’ photos and a video shot from the car’s point of view. This happens by using the cloud service: Microsoft Azure.

Each Yaris WRC will have a dedicated car’s point-of-view onboard camera. It will capture video footage of the fans alongside selected special stages as the rally cars pass by.

Furthermore, along several rally stages, fans will have the opportunity to enter a dedicated “EchoCam Photo Booth”. They can take photographs with their smartphones and upload their favourite image to the EchoCam website. And this will happen while the Yaris WRC cars pass by.

In return, the Yaris WRC will provide feedback as EchoCam generates a video clip – based on time codes – of the fan captured from the car’s point-of-view at the exact same moment of when the photograph was taken.

EchoCam is part of the collaboration between Toyota and Microsoft. Its aim is to bring closer audience and rally cars. Meanwhile, the team will continue to use Microsoft’s technologies to develop Yaris WRC data analysis platforms and make use of systems to share information about the team’s activities.

Beautiful summer day in the middle of Finland. Nice day for some testing with @JariMattiWRC & @MiikkaAnttila​. Enjoy the ride! #WRC #TOYOTA pic.twitter.com/sq0gCf0Ta0

Bottas and Hulkenberg to start from the back of grid

DS TECHEETAH returns to Santiago with hopes of a victory