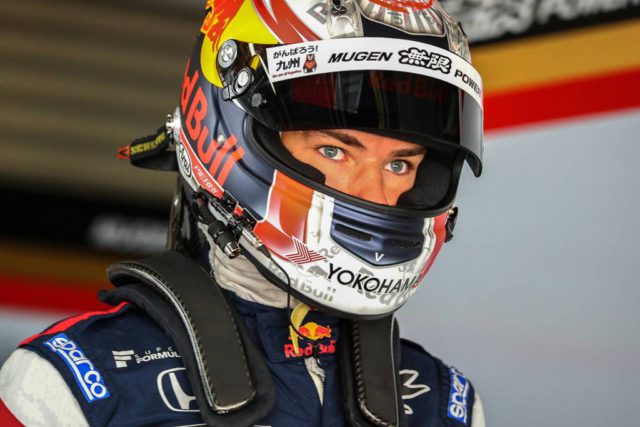 Buemi has a commitment with the FIA WEC Championship and Toyota LMP1. The 6 hours of Nürburgring takes place on the same weekend as the New York ePrix. Thus he is unavailable for the penultimate round of the FIA Formula E Championship.

Buemi leads the drivers’ championship with a 32 point advantage. Renault e.dams has a 58 points margin over their nearest rivals at the top of the teams’ standings. There are four races to go: doubleheaders in both New York and Montreal.

I want to wish @RENAULTedams and @PierreGASLY a strong weekend.

“I deeply regret this clash between the WEC and FE”, co-owner of the team and 4-time Formula 1 World Champion Alain Prost said. “However, we have to move forward. We are very pleased to welcome Pierre Gasly. Racing in New York is going to be a challenge as he makes his Formula E debut at the end of the championship. But looking at our preparation, we are confident and our goal remains the same. [It is] to score the maximum points to strengthen our lead in the championship.”

The Rendez-vous is set at the Brooklyn Circuit in New York. What do you think of this new layout? #NYCePrix ⚡️ pic.twitter.com/XCPn9McMv5

Breen longing to get back on tarmac, Østberg aims top 5 in Germany

Round the world in 11 bends: The Porsche circuit in Leipzig

Malcolm Wilson: This is just the very beginning for Ott and Martin