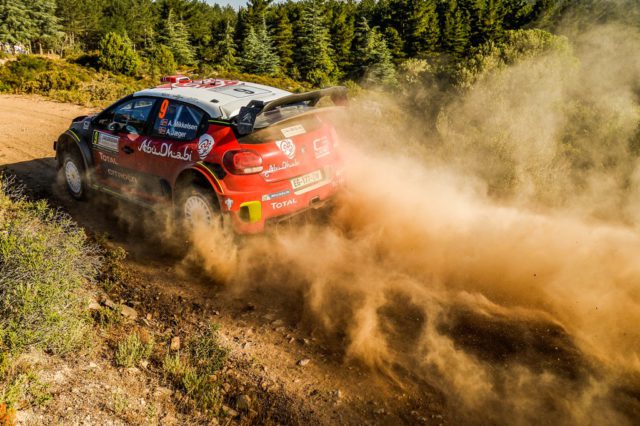 Citroen made two upgrades to its C3 WRC cars after a four-day test in the Mikolajki region, where this weekend’s Rally Poland will take place. The team homologated a new rear differential rail and applied a mechanical ‘joker’ in order to modify the torque split between the axles. After a series of results that have fallen short of its targets, Citroen Racing renewed its determination to get back to challenging for podiums.

This year, the itinerary is balanced between roads that are very familiar to the crews and new sections. The rally is due to get underway on Thursday evening. There will be a run on the Mikolajki Arena super special stage, held right next to the service park. The toughest day looks likely to be on Saturday. Then the crews will cover almost half of the event’s total competitive distance.

“We needed to take a step back to note that some of the risks we had taken during the development of the C3 WRC were not paying off. Our car is unquestionably fast, but the window in which it works efficiently was proving too narrow. We have therefore begun making some major changes to our organisation, our methods and our principles.”

“The first of these was the arrival of Andreas Mikkelsen, who encouraged us to explore some new ideas. After his first proper test session in the C3 WRC, we have introduced some upgrades that supplement the work done over the last few months. With a more versatile car, our drivers will be able to aim for the kind of results that match Citroen’s high expectations.”

?With our mechanics as musicians, @KizMusique used our workshop to remix “Des Tours” thanks to the sounds of the C3 WRC! #FeteDeLaMusique pic.twitter.com/tqmkaeI0c0

Fernando Alonso: It’ll be interesting to see how the cars cope on the newly-resurfaced...