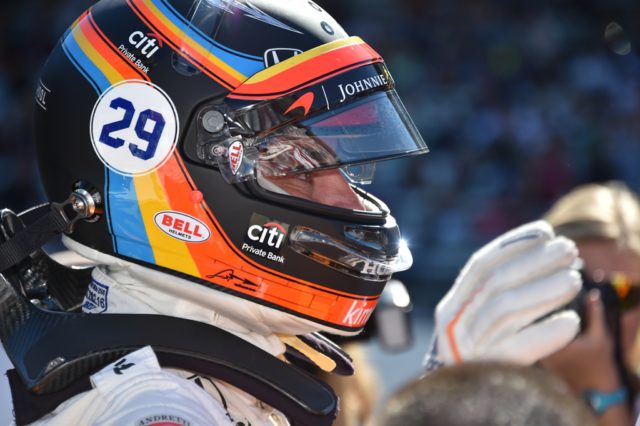 Fernando Alonso admitted surprise at how much money he won during his Indy 500 participation.

The McLaren driver received $305 805. IndyCar revealed how much every driver got of the prize money. Takuma Sato, who won the race, had the biggest share – almost $2.5 million.

“I’m going to have to tell the guys in Formula 1. It’s a really good thing you have here, and I think a lot of F1 drivers will be coming soon”, Alonso said, quoted by RTL.

Meanwhile Fernando Alonso commented that is the F1 calendar grows to 20 races per year, he will retire from the sport

The Spaniard still does not have a plan for 2018. He will probably talk to McLaren during the summer and after that will decide what his future will be.

“I could go to another team. I don’t know whether it is Mercedes or another. If Renault starts to dominate, I don;t know. If in June or July a team calls I think we would have a chance but it’s all to be talked about. I think perhaps Red Bull is the only one that has doors a little closed because it already has young drivers with long contracts”, he added.