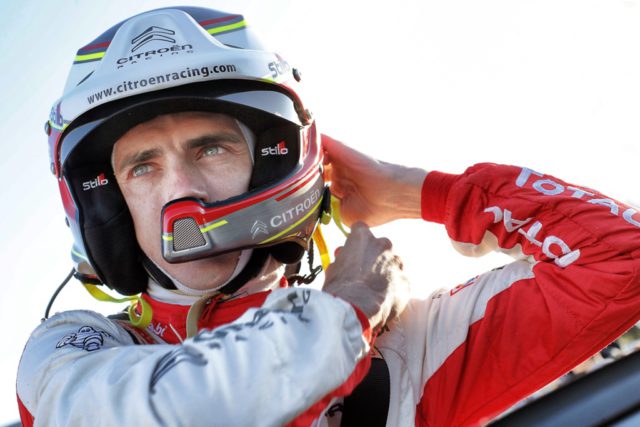 Citroen seemingly cannot catch a break. The team had a difficult first day in Rally Portugal. Friday started bad from the morning service when the mechanics discovered an oil leak on Khalid Al Qassimi’s C3 WRC. Once the faulty connection had been replaced, the Abu Dhabi driver could set off for the day, but collected a one-minute penalty for leaving service late.

On SS2, Kris Meeke and Craig Breen moved up to join the frontrunners. On SS4 – the final stage of the morning – the team-mates were then involved in a three-way tie for the stage win along with Ott Tänak. At the end of the morning loop, Kris was second overall, 0.5sec behind Jari-Matti Latvala, whilst Craig was fourth, 1.4s adrift of the leader.

Stéphane Lefebvre’s morning did not go quite so smoothly. On SS3, he rolled the car after a pace note misunderstanding coming into a fast corner. Since the damage was relatively superficial, the Frenchman was able to get to the end of the stage. Despite punctures on two tyres, he then managed to make it back to mid-leg service, but fell more than seven minutes behind his team-mates in the process.

The fight at the front showed no signs of letting up… and Kris Meeke moved into first place in his C3 WRC at the end of SS5. But on the next stage, the lead changed hands for the sixth time in as many stages. Kris dropped down to fifth overall due to a slow puncture. On SS7, widely expected to be the most demanding on the cars, the Briton damaged part of the suspension following an impact with a concrete block. Like two other potential winners, he dropped out of the leading group.

End of service for @krismeeke! He will be back in Rally2 tomorrow! #WRC #RallyPortugal pic.twitter.com/k8RbkpVEqH

Despite suffering a broken damper a few kilometres into SS7, Breen managed to hold onto fourth position. The Irishman lost a few more seconds on the two Braga super special stages, ending the leg 12.9s behind the rally leader, Tänak.

“These events have shown why this year’s World Rally Championship is so interesting”, team principal Yves Matton commented

“Of the three C3 WRCs nominated to score points, two are out of the fight for a place in the top five and obviously, that’s not positive. In keeping out of trouble and with a little bit of good luck, Craig Breen has had a good day, especially when you consider how unfamiliar he is with the stages here. We’re counting on him to keep it up!”

Lefebvre enjoyed an error-free afternoon, despite a differential issue – due to his off in the morning – that meant his car was understeering.

“It’s a shame because I felt comfortable in the C3 WRC on these roads. On SS3, we were on a fast section and there was a misunderstanding on the pace note. I carried too much speed into the corner and the car drifted wide before hitting a low bank. We rolled, but the damage wasn’t too significant”, Lefebvre explained. “The mechanics did a great job during service, but the handling of the car was nonetheless impaired throughout the second loop.”

Qassimi’s day was consistent with his goals. Without taking any risks on his first competitive outing in the Citroen C3 WRC, the Abu Dhabi driver kept out of trouble as he negotiated the Portuguese stages.

Elfyn Evans: I just about managed to keep the tears away at the podium