At what other sporting event can the temperature fluctuate from five to 36 degrees Celsius on one stage as it did at the Dakar Rally earlier this week?

Already, the mercury has topped the 50-degree mark but temperatures can also comfortably hit sub-zero temperatures, a monstrous fluctuation of over 50 degrees.

Such shifts in the climate mean at times it’s a case of all four seasons in any given 24 hours. To date, the climate has thrown desert-like temperatures, jungle storms, hail stones and even lightning bolts at the field.

Motorcyclist Ivan Jakeš was the unlucky recipient of the lightning bolt in question, which struck just five metres away from his bike, leaving him temporarily unable to see out of his left eye for the final 300 kilometres of Thursday’s stage.

His climatic troubles are arguably the most dramatic. But has since told his team “I want to prove that I can make it to the finish”. And meanwhile already a litany of his two-wheeled peers have hit the deck because of the skies above.

KTM rider David Thomas was among those to be pegged back by the hail storms and wintry climes of earlier in the week.

As he told the official Dakar website: “We went through hell but that’s what we’re here for. When we started the weather was ideal with bright blue sky. The landscape was super and it was really great to be there.”

“But then we found ourselves in a huge storm and I fell off the bike. I must have slid about 50 metres alongside the bike. There was ice everywhere. Luckily, I was able to get up without any injuries and finish the stage.”

At what other sporting event can the temperature fluctuate from 5 to 36 degrees Celsius on one stage as it did at the Dakar Rally?

Czech rider Ondrej Klymciw described his hailstone episode as “like being on an ice rink”, having gone from intense heat to ice with virtually the flick of a switch.

“It was nightmarish,” he explained. “We were getting battered by hail stones the size of golf balls. In just a few minutes, the tracks were covered with ice. There were bikers on the ground everywhere. It was hellish. I fell off the bike and I couldn’t get it back upright.”

It is in stark contrast to the opening stage in Paraguay. Then for a time the rain fell so heavily it was akin to a jungle storm.

But arguably the biggest issue is the heat, which has affected competitors in a variety of ways.

The sole American entry Ricky Brabec said: “You walk outside for 30 seconds and you think you are melting. It’s taking its toll on the body and, for sure, the machine too as you are pushing it. It will all come down to saving yourself and saving the machine to get through the extreme heat and high elevation.”

Already Dakar 2017 has thrown up every conceivable weather pattern possible. What do the meteorologists have in store next for this year’s field? 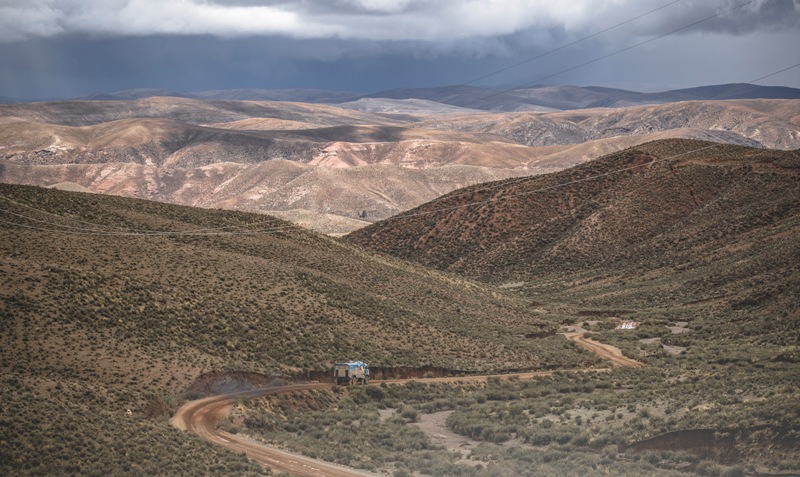 Michel Nandan: We are all hoping for plenty of snow

Tight and twisty – Nick Chester explains the demands of the Hungaroring