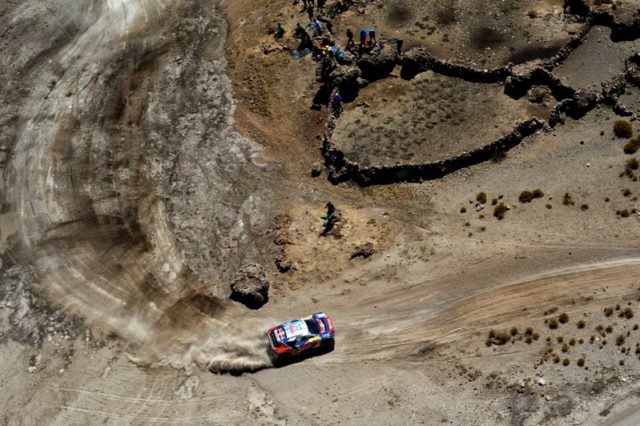 The Dakar Rally is set to discover its 29th country, Paraguay. There humidity levels can reach 100% in January. Competitors will set out from Asunción, located at sea level, for an entire week at high altitude, with sections verging upon 5,000 masl. Exiting the Bolivian plateau, which may end up being a nocturnal affair at temperatures close to freezing point, will provide scant relief, for the Argentinian furnace will approach 50°C! The mountainous quest features seven dune specials playing to the advantage of dune specialists, while the mammoth “Super Belén” stage will keep competitors going for almost 1,000 kilometres.

“The route of the 2017 Dakar preserves rally-raid traditions, with a physical challenge that will push the competitors into the world of extreme endurance. 7 selective sections will be over 400 kilometres with one of more than 500 kilometres. The rally will be spent 6 days at more than 3,000 metres above sea level. The balance of difficulties can be illustrated by a double upward trend. The level of difficulty will increase just until the rest day, then a second increase in power will be necessary, to reach one’s ideal level for the “Super Belén”. Nothing will be decided until the very last special stage at Río Cuarto”. 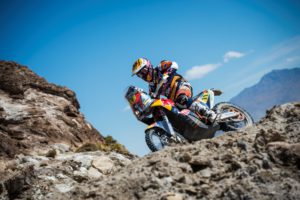 It won’t be the distance that will preoccupy the competitors, but rather the tension that will accompany the opening days of competition. Everyone will have to be aware that an error on the technical tracks and even the trial-style sections early on could be costly. The tactic for the following day’s starting positions will also have its importance for the top contenders.

The regulars believe they know Argentina, but they have yet to encounter the “Chaco”! In this region chalk-full of history for connoisseurs of world rally competition (Transchaco, etc.), patience and a cool head will be invaluable assets, especially when it comes to the dust. Unless, of course, it turns to mud!

The rise in temperature and altitude will accompany a drastic change of scenery. With the first off-road sections, the riders and crews will head straight to the business at hand. The first real test in terms of endurance will also call for vigilance and lucidity when crossing the Rios. On the other hand, the trucks will be spared this final difficulty.

At around 3,500 metres, the Dakar will reach “a cruising altitude”. Competitors will have to navigate it for six days. There are few that have already seen dunes at this altitude that will require an expert climbing technique. The co-drivers will have no time to relax, with a number of direction changes in the Bolivian section of the special stage.

The Dakar will take up residence on the Bolivian Altiplano. While the organisms will become acclimated, fatigue will set in. In this context, the large variety of terrain makes this stage one of the most demanding. In the purest Dakar spirit the density of the day will be characterized by the two dune sectors that will complicate the final kilometres of the special stage. 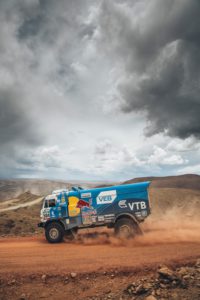 Orinoca special stage: the goal is the capital

Everyone will have the chance to take a photo in front of Lake Titicaca! The dunes to overcome early in the special stage will be just one of the challenges of this long day. The fastest will complete there running in daylight but for many, headlamps will be invaluable. Reaching the rest day in the Bolivian capital will be considered a success in itself.

A marathon before the resumption

The rally begins its return trip by heading towards what has become one of its regular stomping grounds since 2014. The Uyuni casern, which is well known to the raiders, will once again be transformed into a bivouac for a day. For this first part of the marathon stage, which will include very long sections of sandy tracks, the service park will be open to all vehicles, except for those entered in the assistance category.

A smooth and colourful descent

The Dakar will leave the Altplano for an off-road special stage in its first half, where the crossing of fords will follow the dune sectors. The race has often set up camp in Salta, but never has a special stage been contested in the region where the battle for the general classification will be played out in new canyons to be admired with a marriage of spectacular colours.

Nearly 1,000 kilometres to cover during the day, including a small half in the special stage with 98% off-road for this timed section. This will be the toughest test for the navigators, who will play a decisive role. The verdict of this day could mark a turning point in the conquest for the titles. 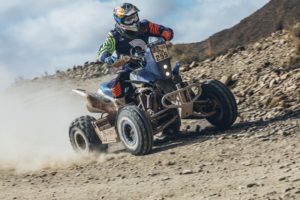 The arms, shoulders and legs of the riders will be under enormous stress, especially during the long “trial” section – it will be the key moment early in the day. The special stage will become a lot more rolling as it nears its end, but the navigation subtleties will impede maximum attacks.

A surprise at Córdoba?

The San Juan dunes, which will come in the first 50 kilometres of the special stage will be the final to surf on the 2017 Dakar. Those who best handle sliding and the racing line will be right at home on the WRC like tracks of the Córdoba region. Everyone knows that a surprise can come at any moment.

They took on the adventure, and will now become heroes. The 64 final kilometres of the selective section will pose nary a problem. You just have to go the distance, before enjoying an arrival of the special stage placed in the heart of the bivouac. At the end of a long liaison section, the podium ceremony in Buenos Aires will be in front of the Argentine Automobile Club.