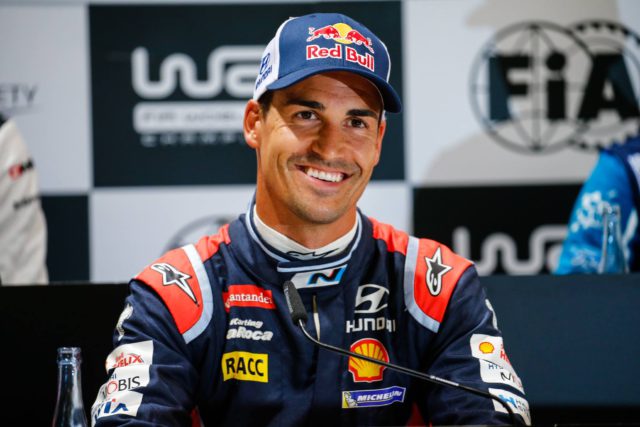 Hyundai has confirmed Dani Sordo will remain with the team for the next two World Rally Championship seasons. The 33-year-old Spaniard, who has competed at the WRC’s highest level for the last 10 years, says he wants to fight for regular victories in the Korean firm’s i20 WRC.

The 2013 Rally Germany winner said: “Hyundai Motorsport has become like a family to me, so I am pleased to extend my contract for two more seasons. My aim is to fight for WRC wins and podiums on a regular basis, and I know that is a realistic goal with this team. We’ve had our most successful season to date in 2016 but I know that there is so much more to come this season – and beyond.”

Sordo joined Hyundai at the start of its WRC programme in 2014 and is impressed with the rapid development under Michel Nandan’s guidance.

“I have had the pleasure of seeing and helping this young team grow into real contenders in just a few years and I am really excited to see where we can develop into the future, especially with the new regulations,” he added.

Sordo’s consistency – he has scored points for Hyundai on 20 of the 26 starts he has made with the team in the last three years – is one of the key drivers behind his new deal. He finished second in Germany last weekend, holding off team-mate Thierry Neuville by just one tenth of a second.

Neuville: I’d rather have a bigger lead but we can’t dwell on what’s happened...

Iannone tops the timesheets on Day 1 in Australia