About the only thing in common that the Malaysian Grand Prix has with the nearby Singapore Grand Prix that preceded it is humidity, Pirelli points out. Around 80% humidity is a common occurrence, as a result of which there are tropical torrential downpours almost on a daily basis.

The actual circuit however is totally different, with high speeds and long corners as well as high temperatures: one of the reasons why the three hardest compounds in the Pirelli range (P Zero Orange hard, P Zero White medium, and P Zero Yellow soft) have been nominated for the first time since Silverstone. For the first time since Canada, the hardest available compound must be used in the race (with two sets of hard nominated as obligatory sets). The track has been completely resurfaced, following a three-month closure earlier this year. That may mean that it is less abrasive than before: a typical characteristic of Sepang in the past.

“In terms of extreme conditions that provide a real test for the tyres, Malaysia is right up there with anything else we see all year. That’s because of the extremely high temperatures as well as the high energy loadings through the fast corners. The big unknown for this year is the track surface, which is completely new. The weather can also change in an instant, turning the track into a monsoon. As a result of all that, Sepang tends to be quite a varied weekend where track evolution is hard to follow. We’ve seen a high number of pit stops in the past and we would probably expect multiple stops from most drivers again this year: this of course opens up an even wider array of variables when it comes to potential race strategies, now that teams have three compounds to choose from.” 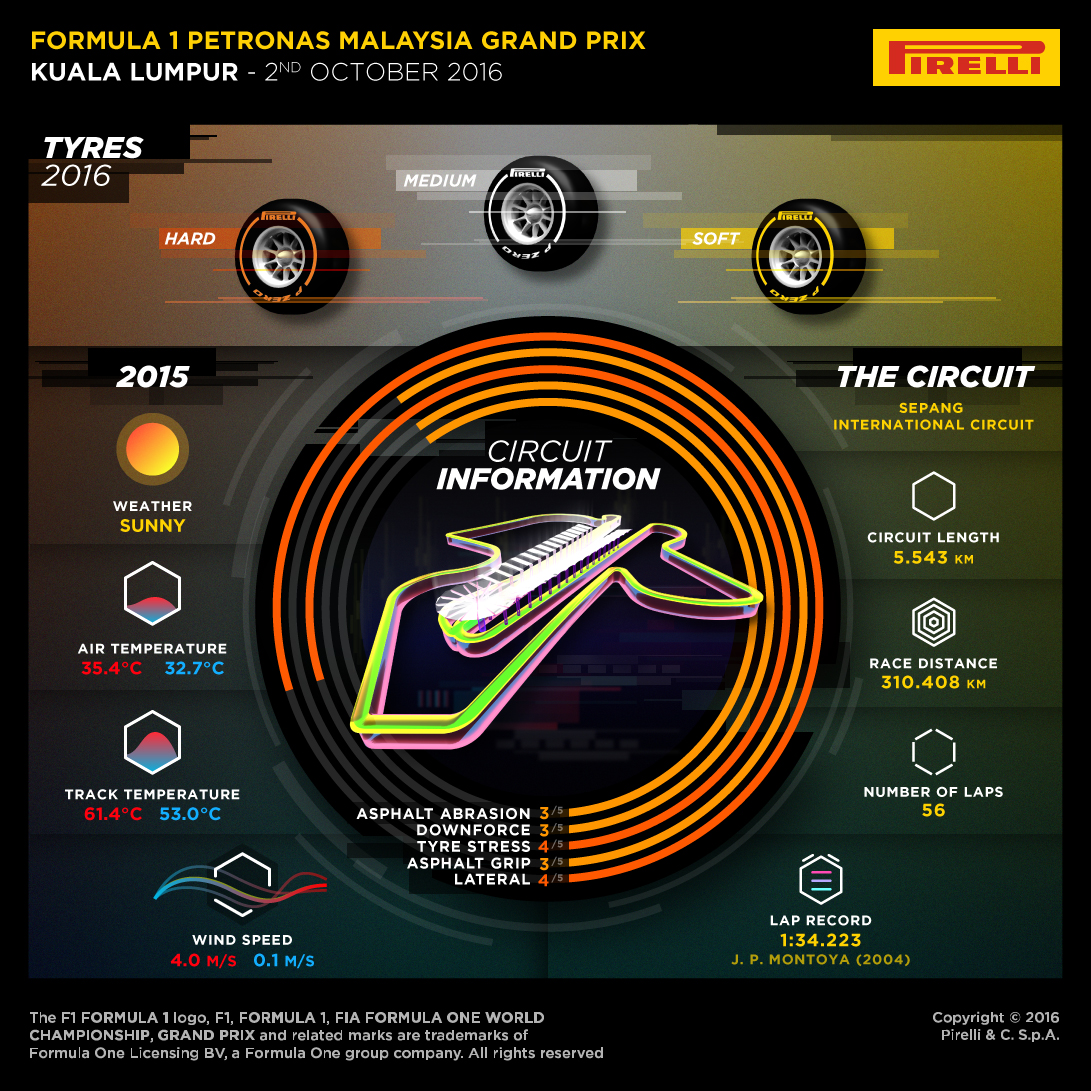 Rosberg wins in Singapore, takes the lead in the championship

Vaillante Rebellion #13 disqualified from the 24 Hours of Le Mans