The German Grand prix is the eleventh round of the 2018 Formula 1 world championship.

We return to Germany after a one-year absence!#GermanGP ?? #F1 pic.twitter.com/1nxD9PZQ7a

Michael Schumacher holds the qualifying lap record at the Hockenheimring (1:13.306), set in 2004 with Scuderia Ferrari.

Gone are the incredibly long straights through the forest. The track was redesigned in 2002. But the current layout, however, is still plenty fast. Drivers reach speeds in excess of 335 kph (208 mph) in the opening section alone. They are at full throttle for more than half of every lap. And that puts exorbitant stress on engines and the fuel they consume.

Fuel management is of utmost importance, and with the right application, can be achieved without sacrificing lap time. Efficient corner approaches can lead to fuel efficiency and overtaking. That is possible particularly at the hairpin in turn six and the tight turn eight. The juxtaposition of speeds between the straights and corners gives the new Hockenheimring plenty of character. And plenty of sight lines for the fans in attendance.

DYK? The original Hockenheimring was built in 1939 as a high-speed test track for Mercedes-Benz, which needed a venue to test for the Tripoli Grand Prix. It was almost eight kilometres in length, nearly twice the distance of the track’s current layout. 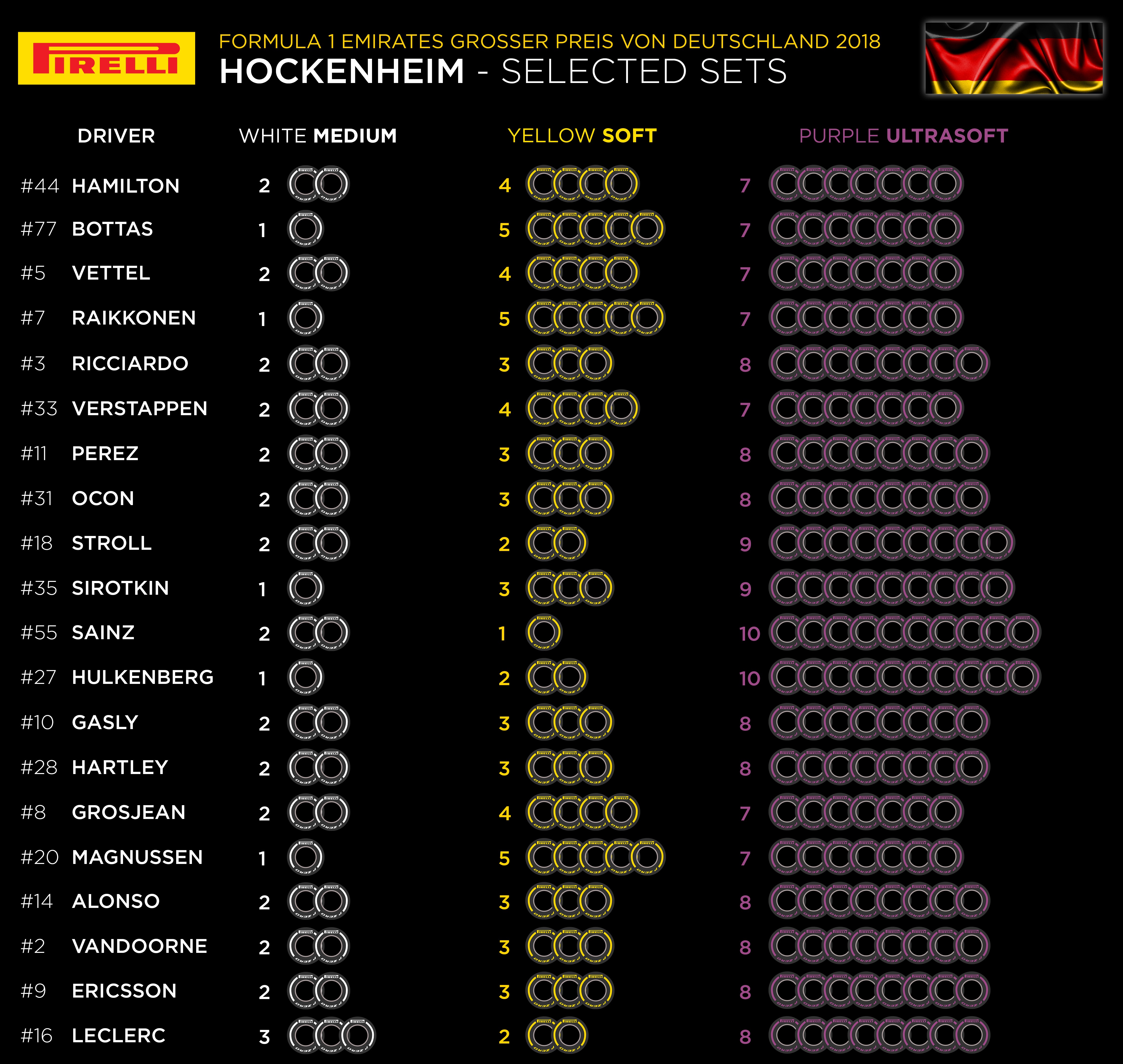 There are five high-speed sections around the lap; to be competitive in race conditions a car needs to achieve high top speeds. But overall lap time is also dependent on slow-speed grip through the twisty Motodrom at the end of the lap, so car set-up is a compromise between these two factors.

Unique difficulty Three DRS zones. Traditionally there have been only two DRS zones at Hockenheim, but this year – the first time F1 has raced at the track for a couple of seasons – the opening half of the lap is predominantly spent with the DRS open. All three DRS zones are before Turn Six and the third zone has been increased in length by 110 metres since 2016. This will have an effect on the downforce levels favoured by the engineers.

Biggest challenge Tyre degradation. As was the case at the Chinese Grand Prix in April, Pirelli has skipped a tyre compound. The Ultrasoft tyre is the softest compound being used at the race, but there is no Supersoft tyre; the other tyre compounds are Medium and Soft. If degradation is high, this will impact significantly on race strategy.

There are seven braking zones around the lap, four of which are heavy. A total of 15 per cent of the lap is spent on the brakes, which is above average.

Power The cars use 1.6kg of fuel per lap, which is average.

Aero Medium downforce. The cars need as much aerodynamic grip as possible through the twisty, undulating Motodrom, but straight-line speed is vital along the three straights, so downforce levels are a compromise between these requirements. 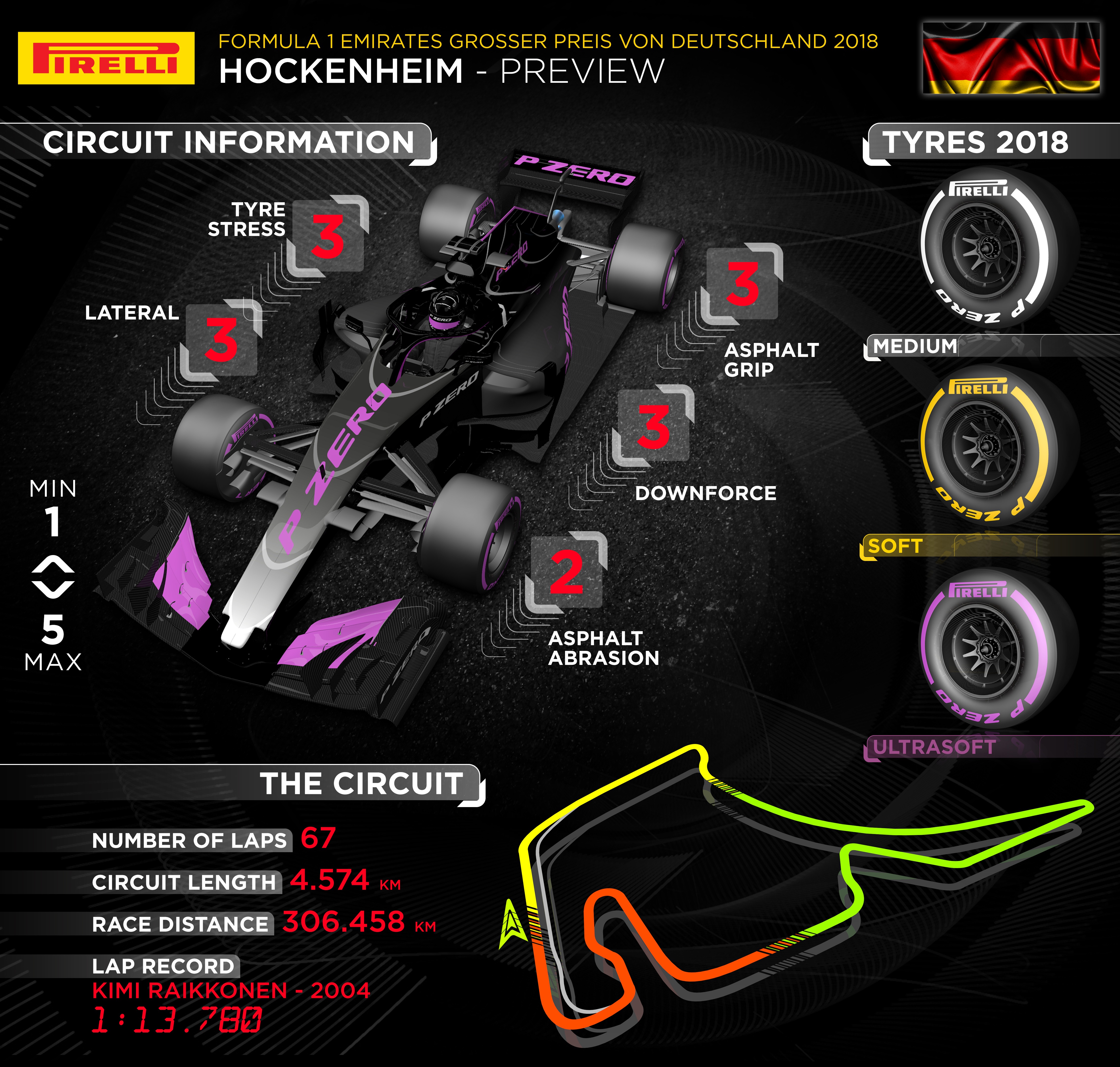