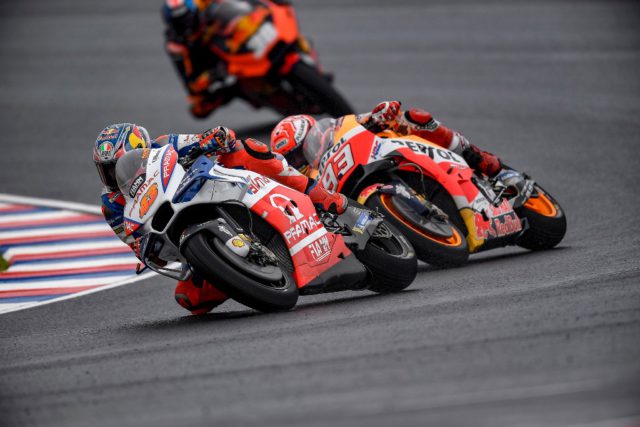 Jack Miller won a historic first pole position for Alma Pramac Racing since the team joined the Ducati family in 2005. He was fastest at the Termas de Rio Hondo in Argentina. That was also Miller’s first career pole position in MotoGP.

Jack made a real masterpiece out of the Argentinean qualifying. After two laps with rain tyres, the Australian rider had the courage to return immediately to the pits asking to go back on track with slicks. This allowed him to make five laps, becoming more and more confident corner after corner on a circuit that was still not dry, especially in the third sector. On the last lap available Jack pushed to the maximum, conquering an extraordinary pole that once again brought Alma Pramac Racing to the Parc Ferme after Danilo Petrucci’s front row in Qatar. 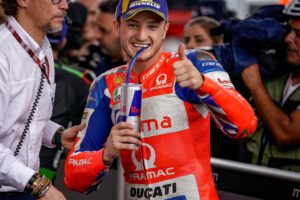 “It is a great satisfaction and for this, I want to thank the team that did a great job both during the winter tests and during these first two race weekends. I felt confident to try to get back on track with slick tyres. It was not easy, especially in the two turns that were still wet. I thought it’s time to go all-in. It was the right choice that’s why I’m really very happy”, Miller commented.

And here’s the grid for tomorrow’s #MotoGP race at the #ArgentinaGP ⏱⬇️ pic.twitter.com/95peqX2JD7

Rossi and Viñales happy with their podiums at Sachsenring