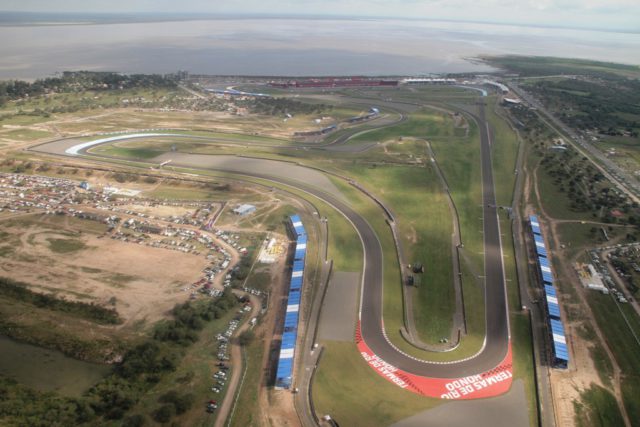 Michelin has embarked on the long journey over the Equator to Argentina as the MotoGP World Championship heads to Termas de Rio Hondo for the second round of the season and the Gran Premio Motul de la República Argentina. 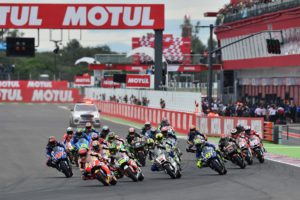 The South American circuit is a challenge to riders, teams, bikes. And especially for the tyres, as the high temperatures and the abrasiveness of the asphalt make this one of the most demanding tracks of the year.

This will be further heightened this season because parts of the 4,806m circuit have been resurfaced. That means Michelin and the teams have no data to process as to the type of surface and the difference it will make to one of the toughest laps on the calendar. Due to this change, the Michelin Power Slick allocation will be slightly different from the normal three front and three rear tyres. A fourth choice will be added to the selection. This will make the following selections available; soft, two medium and a hard compound for both the front and rear, with the two front mediums having different compounds, whilst the two rear mediums will have different casings from each other.

The tyres will mostly be of asymmetrical design. Only the rear hard compound features an asymmetrical build with a harder right-hand shoulder. Michelin supplies these different applications to give the riders as much choice as possible and allow them optimum performance around the Termas track.

The circuit has nine right-hand bends and five left-handers. It features a mix of fast sweeping turns and hard-braking zones, plus a straight more than a kilometre in length. The combination of all makes this is one of the fastest tracks on the calendar. And the Termas de Rio Hondo circuit has supplied plenty of excitement since its inception into the MotoGP calendar in 2014. 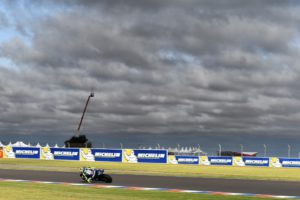 The physical location of the track is also a challenge for logistics. It is situated approximately 1,100km from Buenos Aires. That means the whole paddock has a monumental journey just to get to the Province of Santiago del Estero, near the foothills of the Andes mountain range where the thermal town of Termas de Rio Hondo is located.

This geographical position can also lead to very changeable weather, from extremely hot and humid conditions to torrential downpours, and should wet weather make an appearance the Michelin Power Rain tyres will be available in soft and medium compounds for front and rear, with both rear applications having an asymmetric design featuring a harder right-hand side.

Will #VR46 add to his podium/win tally again this weekend? #MotoGP pic.twitter.com/TWtxnCOSSv

The second round of the 2018 MotoGP season will get underway on Friday 6th April by means of two Free Practice sessions, with Saturday featuring two more practice sessions, ahead of the all-important qualifying to determine grid positions for the 25-lap race, scheduled to begin on Sunday 8th April at 15.00hrs local time (20.00hrs CEST, 19.00hrs BST, 18.00hrs UST/GMT). 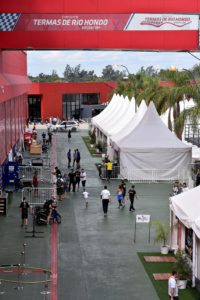 “Argentina has been a circuit that has certainly given us a number of challenges during the two years we have raced there. It is a track that can be very hot, have high abrasiveness and then it can rain and the temperature drops quite a lot, so we must be ready for every eventuality.”

“This year those uncertainties have been added to with parts of the track being resurfaced, so we are going there with very little knowledge of what exactly to expect, although the track has been very helpful with advanced info, but that is different from having existing data from races or tests on a new surface. That is why when Dorna asked us to fix the tyre allocation at the start of the season we had it included that we could take a fourth option front and rear slick to Argentina, so that we can give all the riders the best opportunity to find a balance of tyres that best suits them, their bike and the altered track.”

“We believe with the knowledge we have gathered since our return to MotoGP we have the right compounds to take on the Termas track and hope to see some very fast times recorded during the weekend.”

That’s what braking from over 340km/h looks like… ??? pic.twitter.com/yqM00mctbL

Buemi disqualified from the first race in Montreal

Pedrosa fastest on day one at Brno