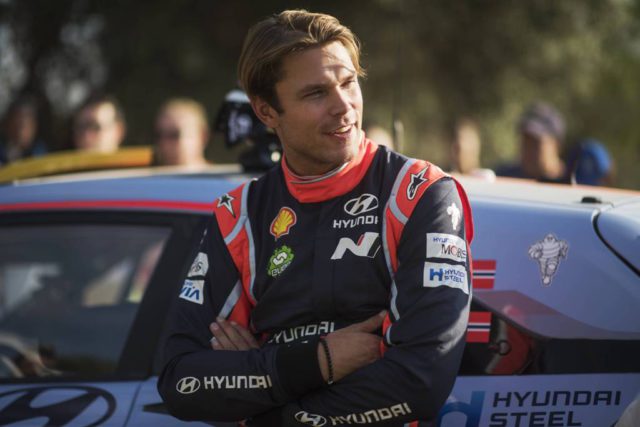 Andreas Mikkelsen could hold the aces in the pack as he defends his Rally Australia title in the finale to the most exciting and unpredictable WRC season in years.

The Norwegian has endured a roller-coaster ride since winning the New South Wales encounter 12 months ago. But conditions could play into his hands this weekend as he bids to become the eighth different winner in 13 rounds.

Last year’s rally marked the departure of Mikkelsen’s Volkswagen team from the WRC. He has driven part-time this season with Skoda and Citroen before Hyundai snapped him up for the final three rounds.

His limited scoring opportunities translate to a low start position in Friday’s opening leg. If conditions remain dry, the early starters will sweep loose gravel from the dusty tracks to provide a cleaner and faster racing line for Mikkelsen behind.

“It’s always a challenging event, so nothing can be taken for granted,” he said. “We do have an advantageous starting position, though, which we hope to make the most of.” 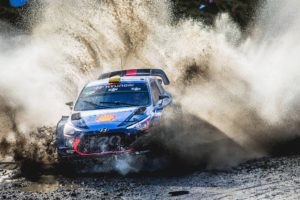 It was way back in 2001 since the championship last produced eight winners, and the series contained an extra round then. A repeat would fast-track Mikkelsen’s bedding-in period with the Korean manufacturer.

“Australia is probably my favourite rally of the season, and I have great experiences from the event previously. Winning in 2016 was a great memory and I hope we can be in the mix again.

“It would be an amazing way to end the season and to prepare for a full-season campaign in 2018,” added Andreas.

Sébastien Ogier clinched a fifth consecutive world title at the previous round in Britain. But the battle for the runner-up position remains open.

Belgium’s Thierry Neuville holds a 14-point advantage in his i20 over the Ford Fiesta of M-Sport’s Ott Tänak, with a maximum 30 available.