Jaguar unveiled plans for a fully-electric support series. The Jaguar I-PACE eTROPHY will be a part of select races in Formula E.

The I-PACE cars will compete on the same circuit layout as the stars of the electric street racing series. The planned schedule consists of a practice and qualifying session, followed by a 30-minute race.

“We’ll be adding to our race day schedule a competitive new support series for season five – the Jaguar I-PACE eTROPHY. I hope Jaguar will allow me to bring my race suit and helmet… And maybe get behind the wheel myself!” 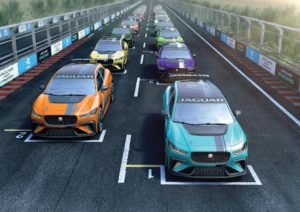 Technical specifications, schedule and participation costs will be available in 2018. Venues and calendar are subject to FIA approval. 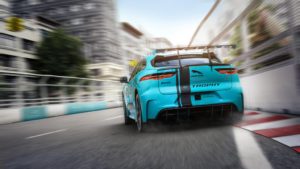 The I-PACE will accelerate to 60 mph in around 4 seconds. Its range is more than 500km (NEDC cycle) from the 90kWh lithium-ion battery. Charging is easy and quick: 80% in just 90 minutes (using 50kW DC charging).

The Formula E first championship was in 2014/2015. Racing takes place on temporary circuits n the streets of some of the biggest cities in the world. Sebastien Buemi has the most wins in the series – 12. He was also Formula E champion in the 2015/2016 season. The first driver with “the electric” crown was Nelson Piquet jr. In 2017 Lucas di Grassi became Formula E’s third champion.

Steiner: Haas car seems to like the fast corners a lot better than the...

Ricciardo: I close this chapter with thanks and love