On Thursday 1 November 2018, the FIA’s International Court of Appeal (ICA) heard the appeal of Haas F1 Team against the decision of the stewards taken at the 2018 Italian Grand Prix.

The ICA heard from representatives and witnesses for Haas, Renault and the FIA. After that, the International Court of Appeal has upheld the stewards’ decision to disqualify Haas F1 Team from the race.

“I would like to thank the court and the FIA for their work on this matter. The team is now focused on the end of the season”, Chester added.

The reaction from Haas was a statement from the team’s principal Guenther Steiner.

“Obviously we are disappointed not to have won our appeal. We simply move forward and look to the final two races of the year to continue to fight on-track, earn more points, and conclude our strongest season to-date in Formula One”, Steiner said.

Grosjean initially finished at 6th place in the Italian Grand prix. Later the stewards disqualified him after a protest from Renault for a technical infringement.

The Haas team had not fulfilled a technical requirement the FIA wanted after a clarification made earlier. Haas understood the technical directive but pointed out its timing:

“Given the forthcoming summer break, we will endeavour to introduce this upgrade for the Singapore GP, but will be somewhat at the mercy of our suppliers so we would request some flexibility in this matter.”

The delay in their update caused the disqualification at Monza. 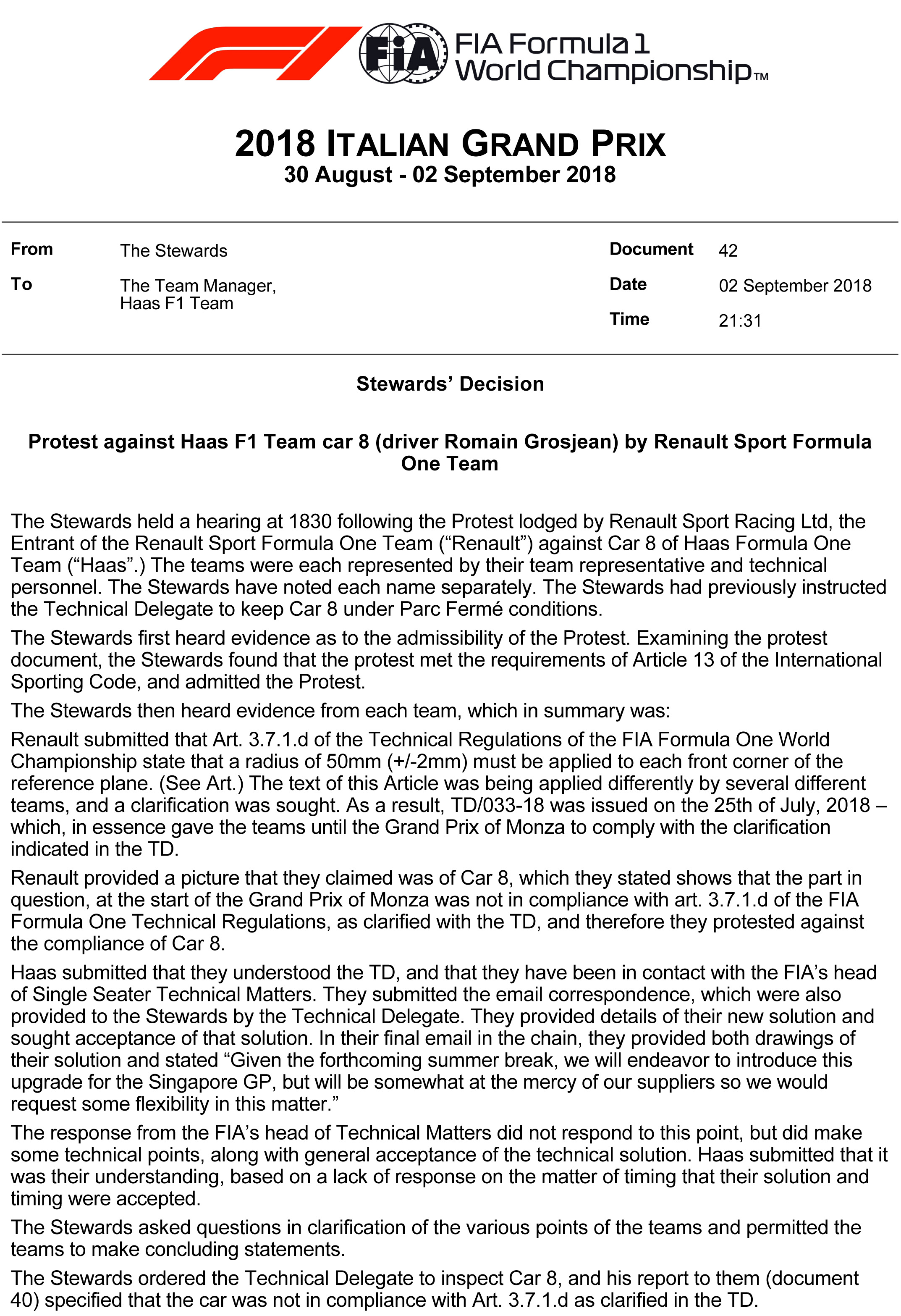 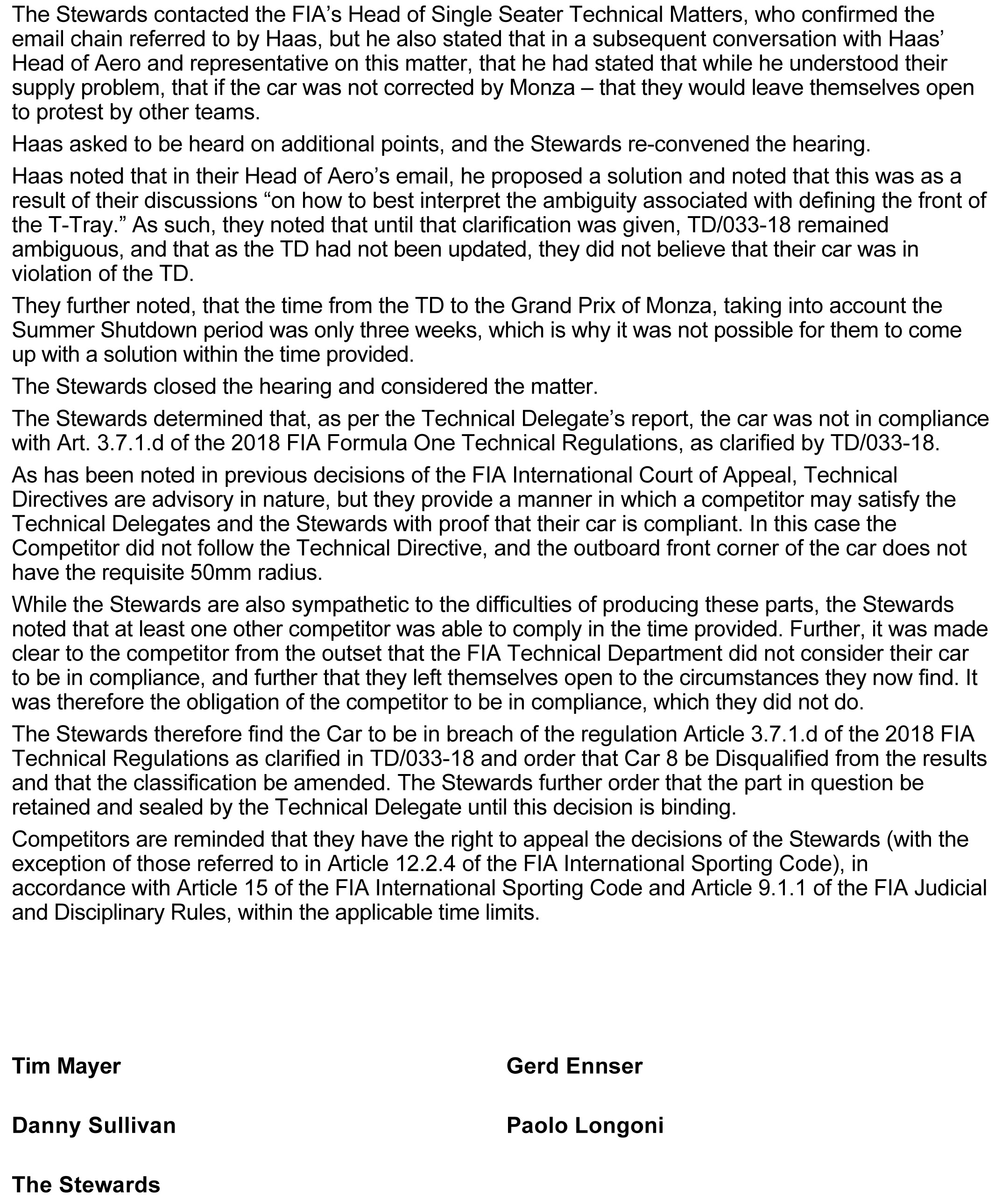 Volvo Cars’ new 360c autonomous concept: Why fly when you can be driven?