TOYOTA GAZOO Racing returns to action two months after an emotional Le Mans 24 Hours victory with the third round of the 2018-19 FIA World Endurance Championship (WEC), the 6 Hours of Silverstone, in Great Britain this weekend.

Silverstone marks TOYOTA’s 51st WEC race since it returned to top-level endurance racing in 2012. The previous 50 races included 18 victories, 16 pole and 45 podium positions, with a first-ever Le Mans triumph on 17 June a fitting way to reach the half century.

Sébastien Buemi, Kazuki Nakajima and Fernando Alonso won the race from pole position in the #8 TS050 HYBRID following a race-long battle with the #7 car of Mike Conway, Kamui Kobayashi and José María López which finished second.

The victorious #8 chassis has been retired from service and preserved in its end-of-race condition. It appeared at the Goodwood Festival of Speed while TOYOTA Motor Corporation President Akio Toyoda viewed the car during a visit to the team’s Cologne base on 23 July, during which he met team members and gave them his personal congratulations.

Inspired by the reaction to Le Mans victory, the team targets another positive weekend at Silverstone as it looks to maintain its 100% start to the season and earn another one-two finish from pole position for its sixth consecutive WEC victory.

TOYOTA has finished on the podium at every visit to Silverstone since returning to the WEC in 2012, including two victories, but the team will have to re-learn some aspects of the British circuit, which has been completely resurfaced since the 2017 race.

The weekend sees a return for the high-downforce specification TS050 HYBRID, which delivers more grip in corners at the expense of top speed on the straights, for its first race of the season. That configuration is better suited to the specific demands of Silverstone, which includes sweeping high-speed corners. 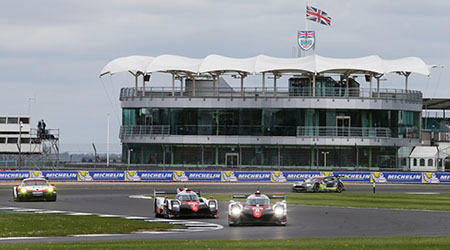 TOYOTA will face a renewed challenge from six non-hybrid LMP1 cars following updates to the Equivalence of Technology (EoT) regulations designed to deliver more performance to its rivals. The non-hybrid cars will benefit from increased fuel flow, now 43.75% more than the TS050 HYBRID, and some will benefit from minimum weight reductions.

“We are looking forward to getting back to racing again this weekend after the summer break. We all had time to enjoy the Le Mans victory and I want to say thank you to the many fans, partners and colleagues who sent their congratulations. But in motorsport, our focus always switches to the next race and the next target. So we have worked strongly to be ready for Silverstone, particularly because we will use our high-downforce car for the first time this season. Our target is to again take the top step of the podium but we expect an increased challenge from our competitors so we must perform to the top of our game, like we did at Le Mans and Spa.”

“I can’t wait to get back racing to be honest. It was a nice break after Le Mans but I’m ready to go now. It’s a bit different racing at home because I have some friends and family coming to watch me race which is nice as there are not many chances for them. Also the fans at Silverstone are great so it’s a good atmosphere. The target for Silverstone is of course another one-two victory, and I hope the #7 will be on top. Competition will be tougher after the EoT adjustments but hopefully we still have an edge.”

“I enjoy racing at Silverstone, which is a fast, fun circuit, so I am looking forward to this weekend. Our car is very strong, as we have seen at Spa and Le Mans, so we should have a good chance. I hope the #7 car can win its first race of the season and our whole car crew will be pushing for that. But the most important thing is that we get a strong result for the team and I’m confident we can do that.”

“I am really looking forward to going to Silverstone again, especially because I already know this circuit with our TS050 HYBRID, unlike last season. I hope to achieve a good result and it would be ideal to finally get a win with Mike and Kamui. We have been so close since the beginning of last season, including Silverstone last year when we were leading, but I know if we keep working hard we will have the chance. The main target is to have a good weekend for the team.”

“It has been a long break so I can’t wait to be back in the car with Kazuki and Fernando. It’s going to be a challenge; we know Silverstone is never an easy track for the hybrid systems because we don’t have a lot of heavy braking, plus there has been an EoT adjustment. It’s going to be a challenge and I’m looking forward to the fight. It will also be a pleasure to be there in August after years of visiting in April when it’s pretty cold, so I have high hopes for the weather.”

“It’s been an amazing few weeks since winning Le Mans. Thanks so much to everyone who has sent congratulations and nice messages. Of course, we’re all still on a high but now we switch our focus to Silverstone and delivering another strong performance. It will be interesting to see how the track character has changed after the resurfacing, plus we have our high-downforce package again. So we will have some busy practice sessions to get prepared.”

“I am looking forward to getting back behind the wheel of a TS050 HYBRID again after a few weeks away. Of course, I have been pretty busy and I know the team has too, preparing for the challenge at Silverstone. Unlike Le Mans, this is a track I know really well and I have already experienced the new track surface, so I hope that can help the team to get a head start. So far the WEC season has been perfect so I want to keep that going this weekend.” 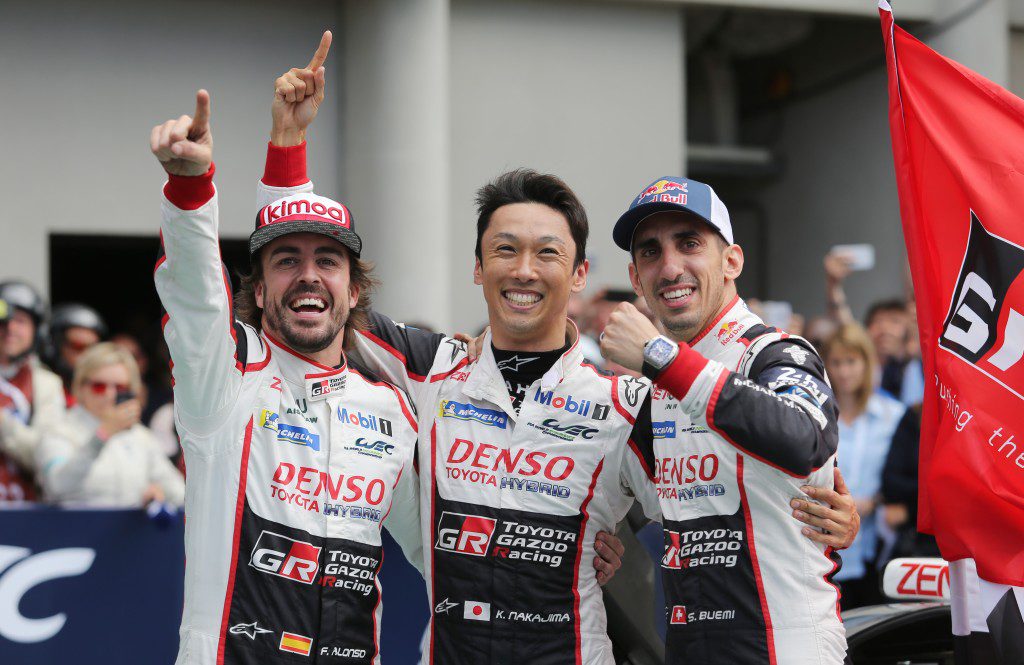 Canada is about power and traction, Renault’s Chester explains