Mercedes dominated during the weekend of the French Grand prix and looks like a favourite for the next round – in Austria. But the Brackley team is taking nothing for granted, motorsport director Toto Wolff says. 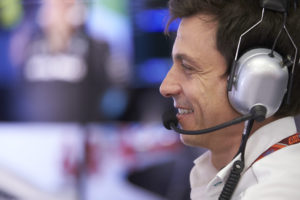 “The results of the last races show that it’s all about the details – this season more than ever. Marginal gains defined the outcome of the race in both Montreal and Le Castellet and you need to get every detail right in order to win. On paper, we should be in a good position for Austria; we had the fastest car in France and we have shown good performances in Spielberg in the past. But you cannot take anything for granted this season, the performance of the top-three teams is too closely matched. This makes the 2018 season a great spectacle for the fans and an exciting challenge for the teams. We need to keep pushing hard and keep bringing performance to the track”, Wolff said.

Wolff: We should be in a good position for Austria, but you cannot take anything for granted

“We’re going to Austria leading both the Constructors’ and the Drivers’ Championships, but we know that we will once again get every detail right if we want a chance to win the race – and, in Valtteri [Bottas]’s case, in particular, he needs luck to go his way a little more than we have seen in recent races, because he hasn’t had the results that his performances should have earned. The relatively short lap in Austria makes the circuit challenging as it closes up the field in qualifying and will make the margins even tighter. We will aim to hit the ground running as qualifying is particularly important because overtaking has historically been tricky despite the long straights – although we need to wait and see if that changes this year with an additional DRS zone.”

“Personally, I’m looking forward to returning to Spielberg. The track holds a very special place in my heart as I did my first laps at the old Österreichring when I was young. After Formula One returned to the track in 2014, it quickly became one of the favourite places of the entire F1 calendar, not the least thanks to the upgraded facilities and the excellent organisation of the event.”

Alonso: There’s huge anticipation from everyone to perform well in Abu Dhabi