Lewis Hamilton was fastest in the first free practice at the Paul Ricard circuit before the French Grand prix of the 2018 Formula 1 championship. His Mercedes teammate Valtteri Bottas was second while Red Bull’s Daniel Ricciardo was third. The Ferrari drivers Kimi Raikkonen and Sebastian Vettel were fourth and fifth.

Mercedes and Red Bull changed on the first position during the session. All teams tried the three tyre compounds Pirelli gave them for the weekend – soft, super soft and ultra soft. The best times in the session were with the softest compound. 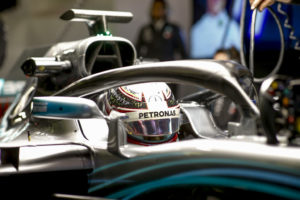 During FP1 there were numerous accidents at turn six due to the changing direction of the wind. Many drivers went off the circuit but the vast security areas saved most of them.

Spinning at Paul Ricard is officially in fashion

Ericsson, Raikkonen and Leclerc are the next drivers to go for a twirl ?#FrenchGP ?? #F1 pic.twitter.com/L8AHGhVfi5

The session had a dramatic end because of an incident with Sauber’s Marcus Ericsson. The Swede crashed into the barriers. His car took fire. The driver was still in the cockpit when the marshals started putting off the flames. The team instructed Ericsson to get out of the car quickly and he was taken to the medical centre.

Quick work from the @PaulRicardTrack marshals ensures the fire is quickly out ?#FrenchGP ?? #F1 pic.twitter.com/8CELQ9pNbh

The Baku Street Circuit – a track of two halves