The hypersoft tyre was especially popular during this session. This Pirelli compound appears for the first time during a race weekend. There is a suggestion that it would be a whole second faster than the ultrasoft but Pirelli were cautious in their predictions. The tyre supplier also pointed out that the Monte Carlo street circuit is totally different from any other in the calendar. 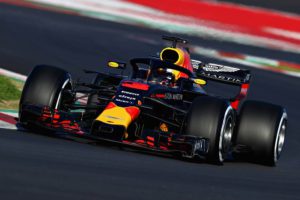 The only serious incident during the session happened with Sergey Sirotkin. He hit the Williams in the barriers and damaged its right rear end but managed to get back into the pits. Some of the drivers kissed the walls and barriers around the Principality’s track but without serious consequences.

Max Verstappen made a mistake during the session and went off in Sainte Devot. He got back and continued. Later the stewards investigated him for unsafe manoeuvre while returning on the track.

Fernando Alonso spent most of the practice in the box because of a problem with the brake-by-wire system.

McNish: Three straight wins for Audi in Mexico City is a great achievement