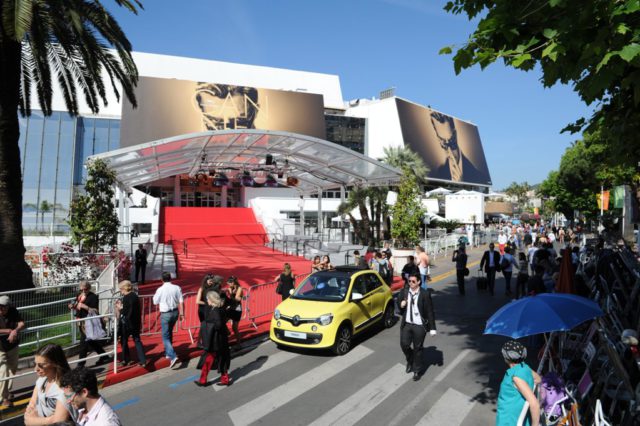 The Cannes Film Festival is joining forces with Renault once again for the 71st edition of the event, taking place between May 8 and 19, 2018. The official fleet will be made up 300 Renault vehicles – 170 Renault Espace and 130 Talisman. A “brand image” fleet will also be present. It will consist of Renault Trafic SpaceClass, New Renault Koleos, and the electric touch of Zoé and Twizy. Drivers will take VIPs for film viewings and interviews, from the Croisette promenade to the red carpet. Over 20,000 journeys will take place during the Festival. 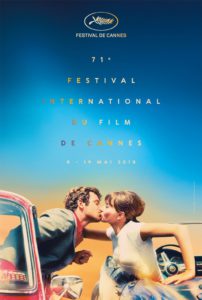 Renault, official partner of the Cannes Film Festival since 1983

In the beginning, festival-goers used to walk to the steps of the Palais des Festivals. The Cannes Film Festival quickly grew to become the leading international Cinema Festival. As a result, mobility and transport became a central issue. Renault, a French brand with global reach, was chosen in 1983.

“Renault is one of the oldest partners of the Cannes Film Festival. We first worked together in1983. Back then, VIPs were driven to the iconic steps of the Palais des Festivals in an R25,” says Claude Hugot, Director of Public Relations with Renault-Nissan-Mitsubishi. “1983 was particularly symbolic for us. It was a Japanese film, ‘The Ballad of Narayama’ by Shohei Imamura, that won the Golden Palm!”

The story goes back to 1898 when the Lumière brothers set up their first film studios near the Renault factory on Île Seguin in Boulogne-Billancourt. The two families forged close ties. As a result, Renault became the preferred partner of actors and directors. Renault voiturettes could be seen in the first adverts, and subsequently in films by Jacques Tati, Claude Sautet, Claude Lelouch, Steven Spielberg, James Cameron, Wim Wenders and Xavier Dolan among others.

Every year, around forty vehicles feature in 200 TV and cinema productions.

Today, Renault is a partner of Unifrance, the Golden Globes, the Ateliers de Beaune workshops and France’s César film awards, as well as the festivals of Deauville, Lyon Lumière, Alpe d’Huez, Cabourg and Angoulême.

At the 71st Cannes Film Festival, the keynotes will be glamour, with Cate Blanchett leading the jury, and humour, with Édouard Baer as master of ceremonies. Love will also be part of the line-up. The illustration is in the official poster for the event, showing a scene from Pierrot le Fou by Jean-Luc Godard. In it, Anna Karina and Jean-Paul Belmondo kiss passionately in their cars.

The line-up for 2018 includes 18 films turning the spotlight on France, Asia and Italy. This year’s event also sees the return of a number of directors, including Jean-Luc Godard, Christophe Honoré, Spike Lee, Jafar Panahi, Lee Chang-Dong and Kore-Eda Hirokazu. Todos lo Saben (Everybody Knows) by Asghar Farhadi with Penelope Cruz and Javier Bardem will open the festival on May 8 before its general release the next day!

“The cinema helps us to build our media profile all over the world. The Cannes Film Festival enjoys huge press coverage with an estimated value of over 40 million euros. That’s good for our brand and for our products,” points out Claude Hugot.

OFFICIAL RELEASE: The international Jury of the 71st Festival de Cannes is unveiled! Discover the 8 personalities who will award the Prize list under the presidency of Cate Blanchett on Saturday, May 19 during the Closing Ceremony. #Cannes2018
More info: https://t.co/HaemMstUCX pic.twitter.com/4dIzT6bh7i