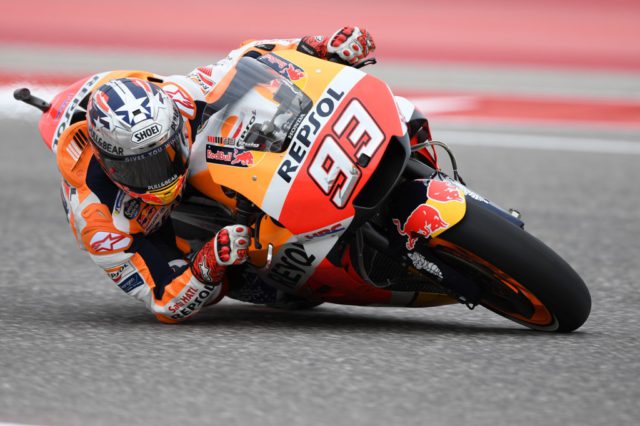 Marc Marquez won his sixth consecutive Americas Grand prix. The Honda rider was fastest in qualifying but later received a penalty for an incident with Maverick Vinales. The driver with №93 started from the second row but got to the lead and won his 93rd race.

Here’s the results for the #MotoGP race at the #AmericasGP ?? pic.twitter.com/sYw9Zfm25J

The Spaniard is unbeatable at COTA since the circuit was added to the calendar in 2013. It was also Marc’s 12th consecutive victory on U.S. asphalt, an amazing statistic.

With his first win of 2018, Marc now stands second in the World Championship Classification with 45 points, just one point down on Andrea Dovizioso. Dani sits in 11th place with 18 points.

“I had special motivation. There was a lot of pressure, but I like the pressure, as it helps to keep focused. I felt a special feeling on the last lap when I passed in front of Nicky’s flag. So, I’m happy with the result and for recovering ground in the Championship, but now we go back to Europe, where we must be consistent because look who’s leading the standings: Dovi, the most consistent rider! The feeling with my bike is very good, and the same has been true in Qatar and Argentina, so we’ll try and continue this way”, Marquez said.

Kimi: Second is not ideal, but we take it; Vettel: It could have been...