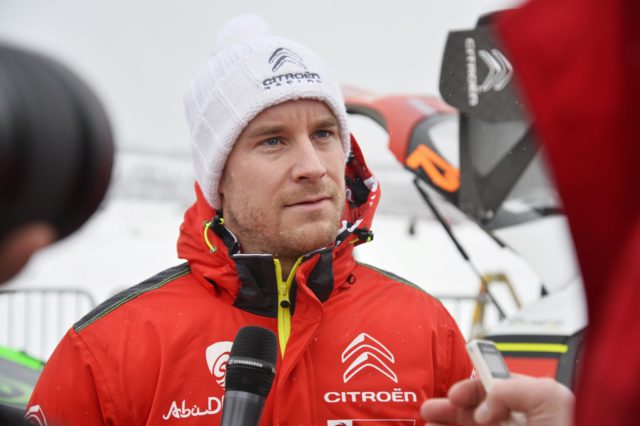 Mads Ostberg will drive for Citroen in Rally Portugal and Sardegna/Italy, the team announced.

The Portugal race will take place during the second half of May while the Italian WRC round is scheduled for the beginning of June. Ostberg will join Citroen’s regulars Craig Breen and Kris Meeke.

The Norwegian driver already has experience with the C3 WRC. He raced with it in Sweden where Mads finished sixth. Portugal will be his first rally on gravel with that car.

“It feels good to be back in the car and back with the team again after a long break since Rally Sweden. I’ll do anything to prove that I’m worth keeping in the car after these two rallies and hopefully I’ll get back in the car later on in the season”, Ostberg said.

Ostberg has two podiums in Portugal and Italy – with Citroen DS3 WRC. He does not have a full program in 2018. The Citroen team still gives him the opportunity to maintain his form as well as show what he is capable of.

Williams appoints Dave Redding to the position of Team Manager

Breen with a highly instructive weekend in Estonia