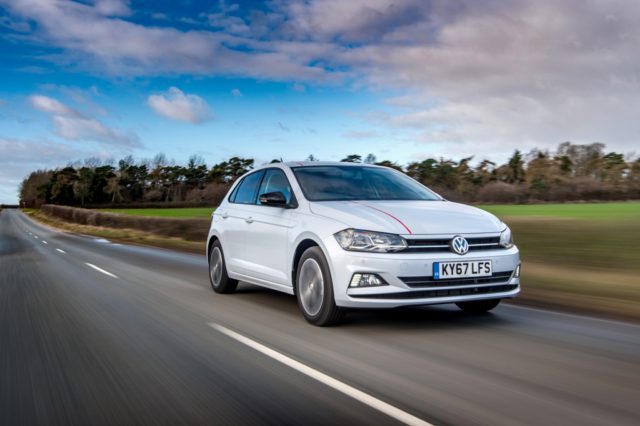 The new Volkswagen Polo was awarded the prestigious World Urban Car of the Year award at the New York Auto Show. More than 80 international motoring journalists from 24 countries vote on the best models in the world market.

The Polo prevailed against the strong international competition. Klaus Bischoff, who leads Volkswagen’s design team, accepted the prize. He said: “Volkswagen is proud of this award for the Polo, which is one of the most successful small and compact vehicles in the world, with more than 14 million units sold. The sixth model generation, which started in autumn 2017, is even more mature and sportier than its predecessors.”

The new Polo is based on the Modular Transverse Toolkit (MQB). This makes it possible to offer a wide range of drive systems. The completely renewed range of engines includes numerous petrol (TSI) and diesel (TDI) derivatives. At the top of the line-up is the Polo GTI+, with its 2.0-litre 200 PS engine. 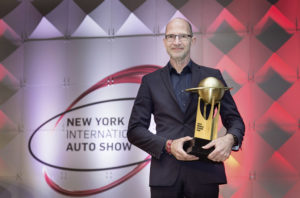 The latest Polo is one of the most high-tech compact cars in the world. It has a comprehensive range of standard or optionally available driver assistance systems. Automatic Post-Collision Braking, ABS brakes, Electronic Stability Control and a Driver Alert System are standard features. Also standard on all Polo models is Front Assist, which us a radar system to automatically brake the car when a likely front collision is detected.

Available as an option is Volkswagen’s Active Info Display. This is a 10.5-inch TFT high definition screen that replaces the traditional analogue instrumentation in front of the driver. This is standard on the Polo GTI+, as is Adaptive Cruise Control (ACC). This advanced cruise control system takes the strain out of driving by ensuring the Polo remains within a set distance of the car ahead. It also ensures the car only travels up to a set speed limit. And that is no matter how much the vehicle ahead speeds up or slows down.

When voting for World Urban Car of the Year the jury considers vehicles that are particularly suitable to the challenges of congested traffic in major cities and metropolitan areas. The eight nominations for this award, as well as the vehicles in the other categories of the World Car of the Year Award, went through extensive tests by the jury.

The first model name you see will be your next vehicle. #fun #volkswagen pic.twitter.com/QWEaHDyUmn

No pedals, no steering wheel, no problem – the Audi Aicon concept car