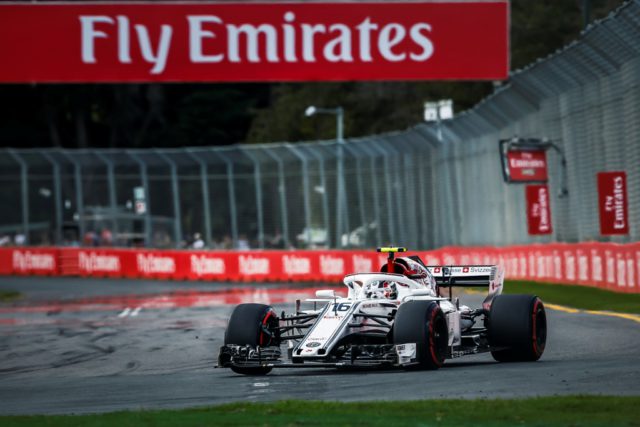 Charles Leclerc was very happy with his Formula 1 debut. The Sauber driver was 13th in the Australian Grand prix, his very first race in the championship.

“The start was not ideal – I had to catch up with the competitors ahead of me and slowly work my way forward. We maximised our potential and had a consistently good pace. I was able to overtake some of the cars, which was fun. We have made good progress and are at a good starting point. I have learned a lot and feel confident going into the next round in Bahrain”, Leclerc explained.

His teammate Marcus Ericsson retired early in the race because of a hydraulic issue. Naturally, he was disappointed but still pointed out the pace was positive.

Charles Leclerc was very happy with his Formula 1 debut

“The balance of the whole race weekend is positive, especially considering the good progress we have made since [free practice]”, team principal Frédéric Vasseur added. “We will analyse all the data. Congratulations to Charles for his first race in Formula One. It was important for him to finish and he did a great job with tyre management and fuel saving. All in all, it’s a good feeling for the team and we are very motivated as we look forward to Bahrain.”

ICYMI this time last week, we made some furry little new friends down under? This Joey kangaroo just melted our hearts including @Ericsson_Marcus #AusGP pic.twitter.com/171thJzTHb

Yves Matton: Citroen’s priority in WRC now is to prepare for 2018

Force India to continue with his existing power unit allocations