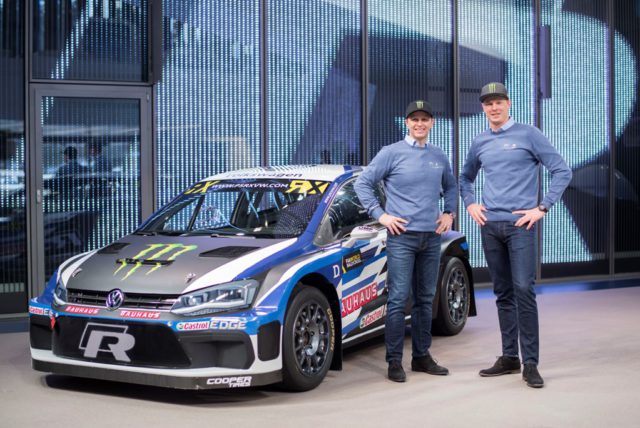 The 2018 calendar starts with World RX of Barcelona (April 14-16) and includes a further 11 rounds across Europe, North America and Africa.

Petter Solberg said: “Last year the agreement for my PSRX team to partner with Volkswagen Sweden and Volkswagen Motorsport came very late – but we made so much success. Now it’s the job of us all to build on this success. It’s not going to be easy.”

“On a personal level, I’m looking forward to getting back behind the wheel. Over the winter season, I have spent quite a lot of time behind a desk and I definitely prefer my office with four wheels and a roll cage! Seriously, I am a competitor and I want to start competing again.”

Johan Kristoffersson added: “It feels much too long since the last World RX round of last year in South Africa last November. I have done lots of training – and competed in the World Rally Championship, driving a Skoda Fabia R5 at Rally Sweden – but nothing compares with that feeling of being back in a Volkswagen Polo R Supercar.”

“When we started testing again this year, I was sitting in the car smiling to myself. I’m so excited to be back and so excited to start the defence of my title from last year.”

Want to see some more angles of our new Volkswagen Polo R Supercar?

Your wish is granted! ? pic.twitter.com/AqmzgdzsOS 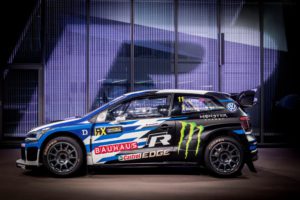 Through the closed season, the PSRX Volkswagen Sweden team has been working flat-out at both ends of the alliance

In Torsby, team principal Pernilla Solberg has led the development of the commercial, sporting and logistical side of the operation.

“What is the easiest: hunting or being hunted? Actually, neither is easy, but definitely this year we will be hunted for the titles we won last year. But we’re ready for that”, she commented.

“There is incredible determination, passion and ability in our team and we are very clear on what we want from this year: we want more of what we earned last season and we’re really ready to work so hard for this. This is a family team and everybody here is ready to put everything in for the person standing next to them. This is such an exciting year for PSRX Volkswagen Sweden and now we feel really ready to get going with 2018.”

Volkswagen Motorsport director Sven Smeets’ team in Hannover has focused its attention on evolving last year’s car into an even racier Volkswagen Polo R Supercar for 2018.

“The competition will be fierce this season with Audi and Peugeot there – but also teams with cars from Ford, Renault and Hyundai – all there doing their utmost to beat us. Of course, the aim is to give Johan and Petter a strong car to be able to fight for both championships. There’s no doubt, we’re in for an exciting season starting with the first heat of the first race of the season”, Smeets explained.

After seeing our new car today it makes me just want to get behind the wheel now – I am a competitor and I miss the battles! It’s for sure going to be a really hard but exciting year and I can’t wait! ?? pic.twitter.com/xPaiLvgoNm

Citroen hopes to take a podium in Wales

Iron Man taking a dog for walk, shopping for groceries and visiting a florist