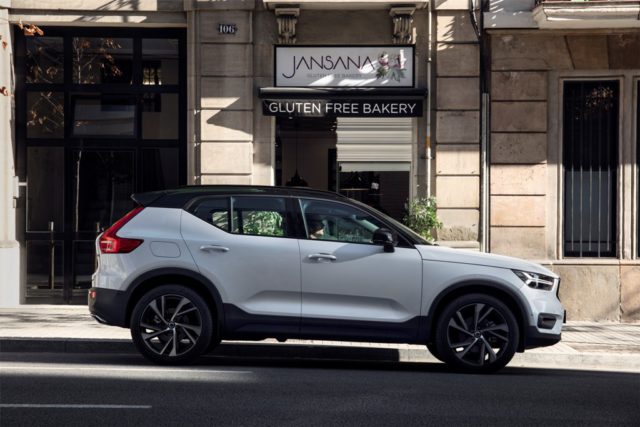 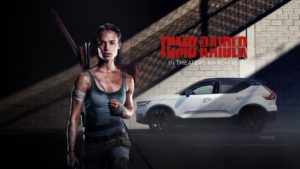 Tomb Raider stars Academy Award winner Alicia Vikander as the young and resolute Lara Croft. She, against the odds and armed with only her sharp mind, blind faith and inherently stubborn spirit, must learn to push herself beyond her limits as she journeys into the unknown. If Lara survives this perilous adventure, it could earn her the name tomb raider.

“We’re very excited for the Volvo XC40 to have its film debut with Tomb Raider,” said Bob Jacobs, Vice President, Marketing, Product and Brand Communication, Volvo Car USA. “One of the things we love about the film is Lara Croft’s character: bold, surprising and always ready for adventure, just like the Volvo XC40.”

The XC40 is a new expression of Scandinavian design with style, innovative technologies and fun-to-drive characteristics. Whether on a refined city drive or an exhilarating adventure, this fully capable SUV is intuitive to use. It is a pleasure to drive and beautiful to behold.

For Tomb Raider fans looking to get behind the wheel of the car that is seen in the movie, Volvo have created a Lara Croft configuration of the Volvo XC40 online, albeit with the steering wheel on the other side of the car: https://www.volvocars.com/us/build/suv/xc40/r-design/t5-awd?s=9XGBR

Her legend begins. Watch the new trailer for #TombRaider. pic.twitter.com/A2U47zmcCF

Meanwhile, the XC40 became the 2018 European Car of the Year

It is the first win of this prestigious award for Volvo Cars, the premium car maker. This award follows other recent recognition for the XC40.

The XC40 sets a new standard in its segment in terms of design, connectivity and safety technology. Early orders in excess of 20,000 cars across Europe while the US indicates that this is an appealing combination for customers. The XC40 roll-out will soon extend to China – the world’s biggest car market – where Volvo is expecting similar strong interest.

Sébastien Ogier: Argentinean gravel is completely different to what we experienced in Mexico

How Toyota wants to reduce the 1.3 million lives lost a year in traffic...

Nandan: A top-three finish is nice but we know we have missed out on...