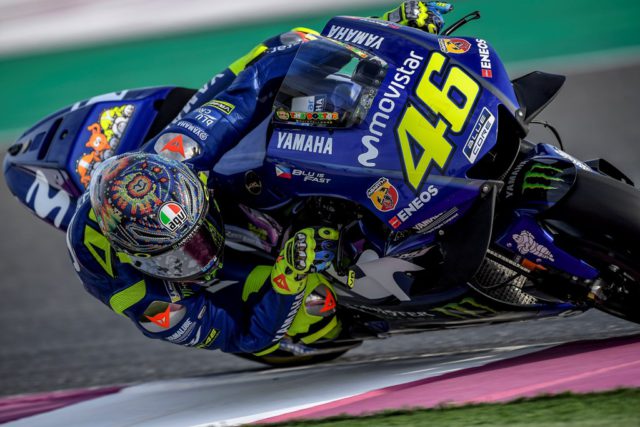 This weekend Movistar Yamaha MotoGP’s Valentino Rossi and Maverick Viñales get to fire up their YZR-M1s’ engines again, signalling the start of the 2018 MotoGP season at the Grand Prix of Qatar.

“After a long winter, we’ve finally arrived at the first race of this new season, and after many tests, getting to the first race is always nice”, Rossi said.

“The pre-season tests were important, we understood our weak points and the strong ones. We have to keep working, but everyone at Yamaha wants to improve, to do nice races and win. We prepared for this first race during the last tests, but we still have the free practice sessions to improve, to do another step. I feel good, I trained well this winter and I’m ready to start this new season together with my M1, my team and the Yamaha staff. This will be an interesting season, it seems that there are many fast riders, but we are ready to do our best!” 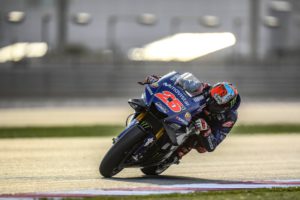 This weekend Movistar Yamaha MotoGP’s Valentino Rossi and Maverick Viñales get to fire up their YZR-M1s’ engines again, signalling the start of the 2018 MotoGP season at the Grand Prix of Qatar

After the intensive winter testing season, Viñales also arrives in Doha eager to fight for victory in the opening race. The young Spaniard knows his way around the track, not only due to the many laps he completed during the winter test at the Losail circuit but also because of his previous racing experience and successes in Qatar. He added a Moto3 victory to his resume in 2012, he secured second place in the same class one year later, and he took a brilliant MotoGP win on his debut race with Yamaha last year.

“I’m so excited to come to Qatar and start the new season. I can’t wait! Last year was difficult for me with many ups and downs, but above all, I learned a lot during the season with my M1, and now I feel that we can do great things this year and that we can fight throughout the championship to win the title. I’m sure that we’ll always be challenging at the top”, Viñales commented.

“The pre-season has helped us to try many things and finally we found a good set-up. We still have some small problems with the electronics, but I think we will reach our 100% at the first GP. Qatar is a track that I really like, I won my first GP with Yamaha there, so I have very special memories and I will do my best to be on the podium again this week.”