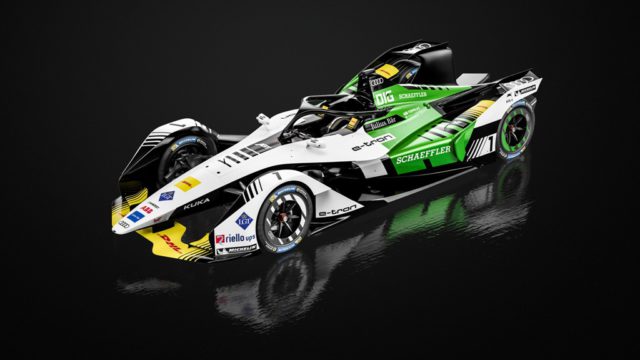 While the current Formula E season is well underway, the future of the electric racing series has already begun at Audi in Neuburg. The first pre-season test of the new Audi e-tron FE05 for Season 5 (2018/2019) is coming up soon.

The futuristic design of the second-generation Formula E car is causing a stir. “Also in terms of technology, it proves the rapid advancement of developments in electric mobility,” says Head of Audi Motorsport Dieter Gass. Audi’s new electric race car will hit the track for the first time this spring for pre-season tests.

Thanks to a more powerful battery and improved efficiency, the range of the Formula E race car will double. As a result, a mid-race car swap will no longer be necessary from the 2018/2019 season onward. 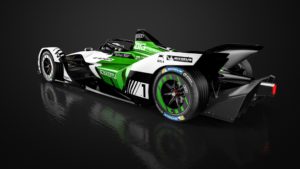 “We were all excited to see the new Formula E car,” says Allan McNish, Team Principal of Audi Sport ABT Schaeffler. “It looks breathtaking, especially with Audi’s livery. Equally impressive is the technology inside the race car. Here the Gen-2 car is making another huge step forward compared with the first-generation Formula E car.”

The second-generation Formula E car was unveiled by the FIA at the Geneva Motor Show on Tuesday, March 6. Audi’s lineup being showcased at its booth in Geneva includes Lucas di Grassi’s championship-winning car from the 2016/2017 Formula E season.