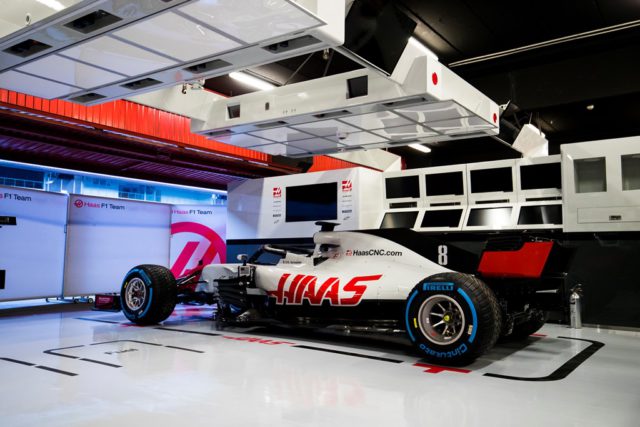 Kevin Magnussen talks about his offseason, preparation and expectations for the Catalunya tests at the beginning of the 2018 work year for the Haas team in his advance for the practices at the Spanish circuit.

How did you spend your offseason?

“I spent most of it in Denmark with friends and family. It was nice to see everyone after a long season being away all the time. Now I’m ready to go again.”

You obviously kept up your training. Are there certain elements of your training that you prefer over others?

“I enjoy the weight training more, but everything has to be done. I can’t only do weights as it would make me too heavy.”

Haas F1 Team was the first to unveil its 2018 racecar. What do you think of its look and what are your expectations of the car?

“I think it looks good. There are some nice new bits on the car. My expectations are that we will improve. We need to not only improve on ourselves but improve further to our competition as well. It’ll be exciting to see if we’ve done that. I have a positive feeling.”

“It’s great and it’s my first time being with the same team for a second year in any series I’ve ever competed in. It’s a nice feeling going into a second season knowing everyone and having influenced the car development. I’m looking forward to it.”

Not a bad view from my balcony in Dubai?? pic.twitter.com/TSaQI9Opom

“It’s the whole thing. If you have a fast car but it’s not reliable, you’re not going to have success. Likewise, the other way, if it’s reliable but slow, that’s no good either. We need both.” 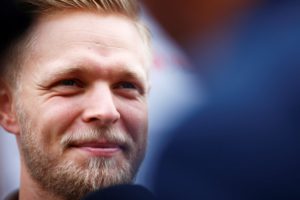 “Well, that’s the tricky thing. What you learn at Barcelona is not necessarily relevant for every track, actually very few of the tracks. At least with the old tarmac, it was very tough on the tires. You couldn’t really learn much, especially on the softer tires. We’ll see how the new surface is and what we can learn.”

With the new regulations last year that resulted in much faster speeds, how did it change the way you make a lap around Barcelona?

“You go flat out at a lot more places.”

Walk us through a lap around Barcelona, specifically in regard to where you’re flat out, what gear you’re in and where you now have to brake.

“Turns one, two and three – they’re pretty interesting. Turn two is now the important bit because the earlier you can get on power there, the better you’re going to be in three, which is a flat-out corner. You have to get on the power as early as you can in (turn) two. That section has changed quite a lot. Turn nine is pretty different as well – the uphill corner in the middle of the track. It’s a very fast corner, very nearly flat. I think I was on 98 percent throttle on one lap last year in winter testing. It’s very much close to flat, but not quite. That’s very cool. Those are the two main areas that are significantly different.”

The son is rising in the Solberg household

Vettel: Red Bull may beat themselves