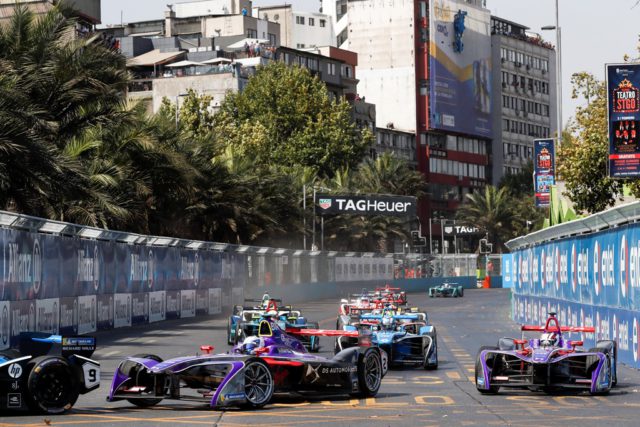 Sam Bird picked up further championship points in last weekend’s Santiago ePrix. This way he is keeping up his title bid in the all-electric Formula E series. But team principal Alex Tai admitted that the result did not reflect DS Virgin’s pace.

The British racer finished fifth, as well as securing the fastest lap of the race. He took vital points to lie in third place in the drivers’ standings. DS Virgin Racing is also in third spot in the teams’ standings.

Both Bird and teammate Alex Lynn began the day strongly with Bird topping the opening practice session and Lynn finishing the second session in P2. Come qualifying, both racers again looked quick with Bird finishing in the top five Superpole shoot-out, a feat he has achieved in every race since the Berlin race last season. After grid penalties elsewhere in the field, Bird would start the race P4 with Lynn in P6.

An incident-packed first lap led to an early safety car period with Bird and Lynn running fifth and sixth respectively. Bird worked hard on passing Sebastien Buemi ahead but was unable to get by, whilst Lynn was able to hold off a charging Lucas Di Grassi as the pit stop window approached. Opting for different strategies, Lynn went for the undercut with Bird going a lap longer.

In the first race without minimum pit stop times, both drivers made good stops. But Lynn’s race was disappointedly cut short soon after when he suffered a mechanical failure. Meanwhile, Bird continued to push on and, despite a brief loss of telemetry by all teams in the garage, battled hard until the chequered flag. 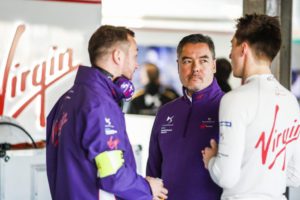 “It was a frustrating race, but we still came away with good points today. We tried something different with the pit stop strategies which sadly didn’t quite come off. It’s also a shame with what happened to Alex, but I know he, and the team, will come back even stronger at the next race in Mexico”, Sam Bird said.

“The race was a disappointing note to end on given we were competitive all day. We were looking strong in the race and on course for good points, but the mechanical issue forced us to retire. It’s still been a great event with plenty of atmosphere and on a street track with plenty of character.”

“From the off, we showed we had the pace to challenge at the top, but sadly the race result didn’t reflect this. We were strong in all sessions leading up to the race, with Sam yet again making it into Superpole and Alex just missing out. Both of them drove great races on a challenging street circuit. Of course, we still managed to come away with good points and remain in the mix in both the driver and teams’ championship.”

“The weekend has not lived up to our expectations but nevertheless we once again showed our speed from the start. We are now third in both championships, and therefore still in the hunt for both titles. This is a fiercely competitive championship where the slightest mistakes are punished and, for sure, we’ll come out fighting again in Mexico.”

The next round of the 2017/2018 ABB FIA Formula E Championship takes place in Mexico on March 3.

Missed the @FIAFormulaE #SantiagoEPrix???
If so, check out our race highlights on YouTube!

Remember to RT and share your favourite moments with us! pic.twitter.com/r7R1DSfoWR

Ogier wins Monte Carlo in front of Tanak and Latvala