The 2018 Dakar Rally reached its conclusion with Carlos Sainz taking his second victory in the event and a first since 2010, while the bike honours went to Matthias Walkner for the first time as Eduard Nikolaev and Ignacio Casale finished atop the truck and quad podium.

For Sainz, it proved a comfortable one-hour victory following runner-up Stéphane Peterhansel’s costly mishap earlier in the race while Walkner took the two-wheeled honours by more than half an hour.

With the brutal 9,000km race now over, we pick out five of the most eye-catching moments from the journey across Peru, Argentina and Bolivia. 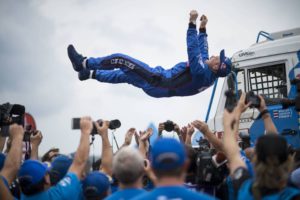 Eduard Nikolaev found himself in an extreme spot of bother early on in the event when his Kamaz truck flipped on its side for several minutes.

Remarkably, though, he managed to get it back on its side and out of the sand dunes to go on to win Stage 5, thereby maintaining his truck class lead. 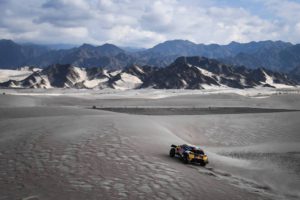 2) Despres to the fore

Stéphane Peterhansel lost the lead of the Dakar on Stage 7 of this year’s edition with a suspension problem.

The 13-time winner of the event had been 27 minutes clear of Sainz and was at the top of the timings on the stage when damper failure and suspension damage hit.

But such is the nature of the Dakar that teammate Cyril Despres, whose Dakar hopes had ended with a previous issue, pulled over to help Peterhansel fix his car and offer all of his spare parts to thereby reduce the time lost… an hour in all. 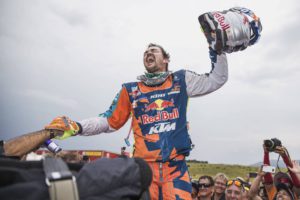 3) The right path to glory

Two years ago, Matthias Walkner’s Dakar ended inside a helicopter, flown to hospital with a broken femur. The rebuild of his body was slow and painstaking yet he recovered to take the victory.

For him en route to a first victory, the turning point came on Stage 10 when he was the only one of the front-runners to make the right navigational call on a river-bed crossing.

It gave him a sizeable lead, and one he never looked like giving up on all the way to the finish line. 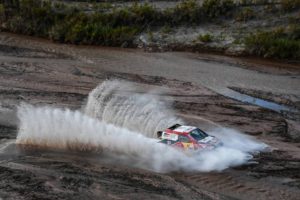 On the longest stage of the rally with rugged terrain, sharp rocks and raging rivers, it proved to be a pulsating start-to-finish battle between Nasser Al-Attiyah and Stéphane Peterhansel, which ebbed and flowed for nearly six hours of action. 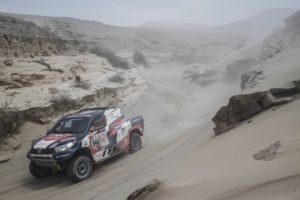 As ever, the Dakar was not without its own share of drama as a litany of crashes denied some of the favourites as well as the lesser-known lights of the entry list.

One of the first to go was Yoshimasa Sugawara, the oldest entrant at the age of 76 in what is his 35th Dakar.

He was forced out on stage two, while stage four accounted for the departure of Sam Sunderland, one of the favourites for two-wheeled glory.

Bryce Menzies and Sébastien Loeb also crashed out earlier then they would have wanted while former Tottenham and Porto manager Andre Villas-Boas was forced to abandon with back complaints.

Rosberg quickest on Friday in Singapore

1-2 victory for Ducati at Mugello