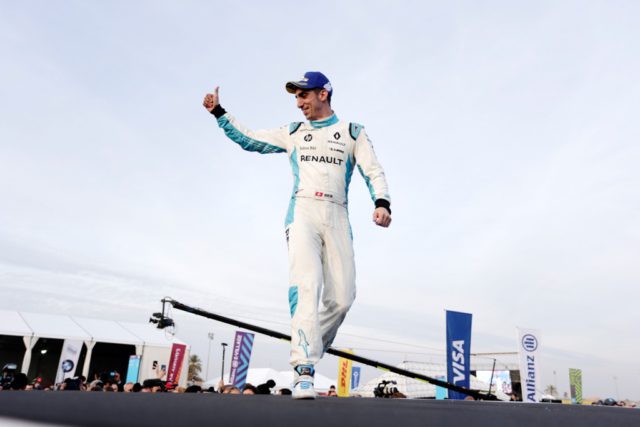 Renault e.dams finished on the podium in the Marrakesh ePrix, with Sébastien Buemi claiming second position after a closely fought race. Nico Prost crossed the line in ninth. But later he received a penalty for an infringement under a full course yellow that dropped him back to 13th.

Séb started from pole position and immediately carved out a lead over Sam Bird and Felix Rosenqvist. By lap 5 he had a one second cushion and could sustain repeated attacks from the duo behind. A full course yellow on lap 18 gave opportunity for a relatively calm car swap, which Séb used to his advantage. The Swiss driver exited the pits with a two-second gap over Rosenqvist. Felix had taken Bird for second after their respective stops. Séb maintained the gap until the midpoint of the second stint when Rosenqvist stepped up the pace. Séb went to use his Fanboost to defend. But unfortunately, a car swap before the race meant the Fanboost was not configured on the now-second car. It did not engage when Séb tried to move away. That left the door open for Rosenqvist to slip through and take the lead.

Nico started from 15th on the grid, following a tough practice and qualifying. A good start saw him gain a position. But he was hit by Andre Lotterer and put into a spin on lap 3. Prost pushed lap after lap, putting in quicker and quicker times to pick off cars one by one. On exiting the pits, Nico fought back to ninth on track. Unfortunately, he was later handed a 20-second penalty for speeding under a full course yellow. That dropped him back to 13th in the official classification.

Renault e.dams is in sixth position in the teams’ championship. 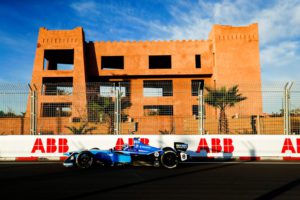 “I’m very happy for the team that Séb was able to make the podium, but also a little frustrated as I couldn’t make the most of the car’s performance. I didn’t have a good qualifying, and we’ve seen this year that the field is so close that there is almost nothing between third and the back of the grid. We really need to understand how to unlock qualifying, but we have a very good atmosphere in the team, we work well and very hard together and I know we can get to the root of the issues. Séb did a great job and shows that there is a lot of potential for the team this year.”

“I had a great start and it was quite easy to keep the lead. Bird was pushing hard but I would say that towards the end of the first stint I was more in control. After the car swap everything felt very good, but then Felix started to pick up the pace and catch me. When I wanted to defend, the Fanboost didn’t work as it wasn’t configured for the car; we had to change cars before the start and the second one wasn’t set up for the Fanboost. When I tried to push it didn’t engage and I was relying on that to protect in that corner. But second position is still good points and we can look forward to Santiago with confidence.”

Alain Prost, co-owner of the team

“It was a good result for the team, with a lot of points. We saw that the field had really tightened up and I expect that to continue for the rest of the year. Séb had a strong race and it was a shame he just lost out on the win in the closing stages. We had a problem with his car before the start and he wasn’t able to use the Fanboost, which put him on the back foot when Rosenqvist attacked. Nico was strong in the race to fight back to tenth and was disappointed by the penalty. We need to continue to work hard, particularly on qualifying, as this season will be very tight so we have to take every opportunity.”

“In Hong Kong, we were quite disappointed by the results and had to look at our package in depth. Everyone pulled together and worked hard and we came back to the performance level we expected. We knew the work we had done was in the right direction and it played out that way on track. We need to continue to work to maximise our on-track performance and that will be the focus for the coming races.”

Sébastien Ogier not content with “a few too many” technical issues