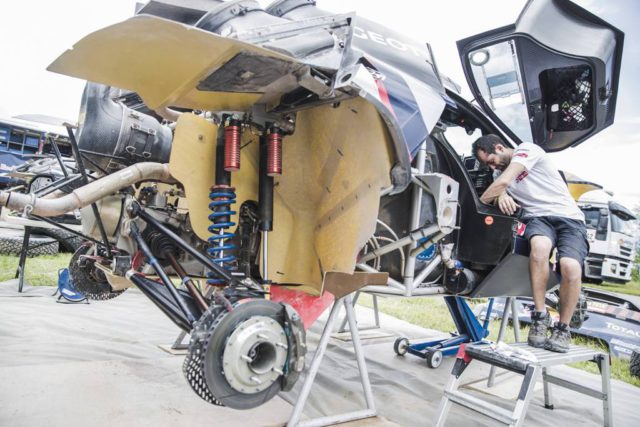 A scandal broke out at the Dakar Rally after an alleged incident during stage 7 between Carlos Sainz and quad driver Kees Koolen. The Peugeot driver got a 10-minute penalty but that got both him and Koolen angry. Sainz is adamant he managed to avoid the Dutchman while the other driver claims he almost got killed.

Sainz said there was no contact between his vehicle and the quad. He added the penalty was unfair and that he was disappointed and disgusted by it.

“I’m so sorry for him, for the scare he got. I also had a big scare because it was very close”, motorsport.com quoted the Spaniard. “But from there to 10 minutes… Why? Why 10 minutes? Why not one? Why not an hour? I have not touched anyone, the car does not have any [mark] or his quad either.”

According to Sainz Koolen lost control and that almost led to an accident. The Peugeot driver explained that he did not stop as there was no contact between them. 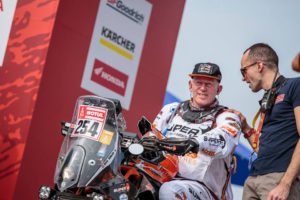 Meanwhile, Koolen, who is a co-founder of the booking.com website, threatened to sue.

“If there’s not a serious penalty… Everybody knows I’m a businessman and have access to a lot of good lawyers, maybe the best lawyers in the world, better than these organisations have themselves”, he said to motorsport.com.

“If you don’t take serious penalties I will take my measurements when I come home again and I will file a criminal offence. It was unbelievable. I was in the mud and was very lucky in the end. He hit the quad. You can see on my quad that there was a lot of damage. I will ask technical experts, I have the parts saved. I expected somebody to steal it this night so I can’t prove it anymore, but I have saved them and will give it to a calculating company, they will see what the force was.”

Koolen said as well that the organizers did not contact him while investigating what happened. Peugeot also did not contact him. He decided to talk after understanding that other riders had similar experiences on the road but were afraid to file a complaint. According to Koolen his situation with Sainz should be “an example that the cars should care about safety”.

Mercedes will take it weekend by weekend, feet on the ground, Wolff says

Haas Steiner: I’m not in agreement with a third car because it could confuse...