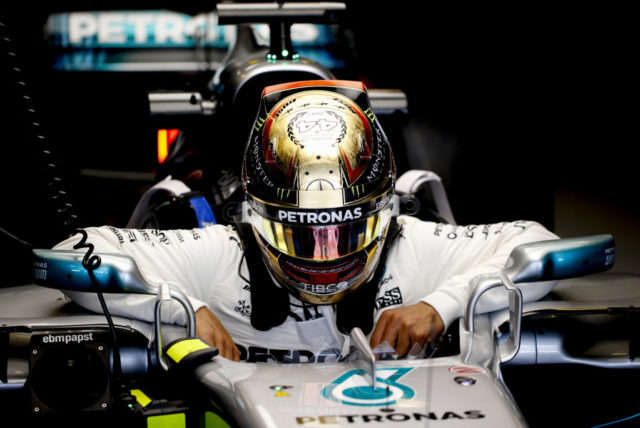 Mercedes drivers Lewis Hamilton and Valtteri Bottas were first and second in the standings of the last free practice from the 2017 Formula 1 season. Their Ferrari rivals Kimi Raikkonen and Sebastian Vettel were third and fourth. Raikkonen’s time was 0.530sec slower than Hamilton’s in FP3 at the Yas Marina circuit.

Daniel Ricciardo and Max Verstappen gave the fifth and sixth times in the tables. Verstappen was not very happy with his car. He said on the radio it was unbelievably difficult to drive.

The third practice session at the Yas Marina circuit was not exactly representative of the qualifying and race conditions. According to tyre supplier Pirelli, the most relevant session was Friday’s FP2.

Drivers used exclusively the ultrasoft tyre compound during the session.

There was a strange incident during the third practice session at Yas Marina. Un umbrella appeared on the track. Race control turned on the virtual safety car, while a marshal quickly managed to remove it. The umbrella caused quite a lot of comments among the teams.

“There’s a nice shadow at turn 11 if anyone asks”, Kevin Magnussen quipped on the radio.

The marshals have retrieved the giant umbrella – we’re back to normal ?#AbuDhabiGP ?? #F1Finale #FP3 pic.twitter.com/JGzOTJ3jgL

Besides the umbrella, there were no serious incidents on track. Some of the drivers went off the circuit but fortunately without consequences.

#F1 – Here are the full results of the Free Practice Session 3 #AbuDhabiGP ?? pic.twitter.com/HfkKxF7swR