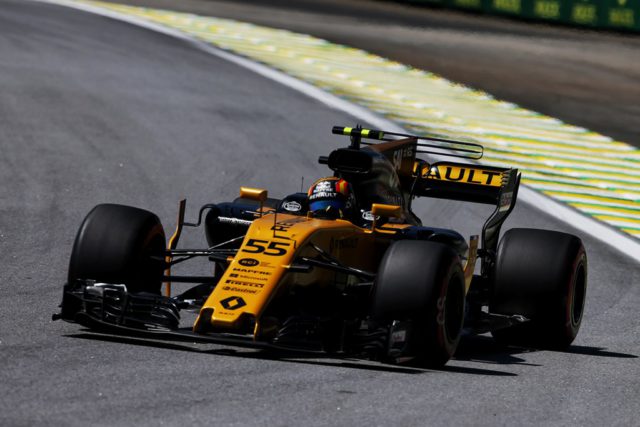 How do you reflect on Brazil?

It was a big disappointment as we wanted both cars in the points, higher up than the tenth and eleventh we achieved. This result was frustrating as both cars qualified in the top ten. One car crossed the finish line in the points, showing that the potential is there. Carlos Sainz had a first lap incident where he sustained a decent chunk of aerodynamic damage to his floor. This cost him performance in the race, where he had a trickier run than Nico Hulkenberg to keep pace. We had a particular emphasis on reliability in Brazil as we wanted to be sure both cars finished, and this did have an impact on performance.

What is the approach for the final round?

We will look at the balance of risk and reward with the aim of maximising our chances of overhauling Toro Rosso for sixth in the Championship. We’ll fight for every point.

What’s the verdict from testing 2018 parts in Brazil?

Nico’s Power Unit had elements relevant to 2018 and we also assessed chassis concepts. From an evaluation point of view, we completed all the tests we wanted on Friday with some positive answers and feedback. We’ve made strong progress in this area.

What have been the key areas of progress for the team over the season to date?

The performance of the car and our ability to extract it has improved a lot over the season. What we’ve failed to do is take that performance and convert it into points on a Sunday afternoon. There is no doubt how quick the car is and there has been a clear upward trend throughout the season on our improvements. Our understanding of what we need to do to make the car better has developed a lot and that will continue into next year.

We have recruited more people who have the necessary understanding as well as an increase in the number of younger personnel, who are learning the trade. There is momentum building in all areas and that has led to the progressive improvement in performance. We want to carry that on into winter and through into next year.

I get a great sense that the momentum in this team is building for the longer term and that’s what we’re interested in. Clinching sixth in the Constructors’ is important as this team wants to show progress en route to being successful and winning championships. It’s important to feel and build on this momentum.

Are you happy with what you’ve seen from the Nico-Carlos pairing?

Both are highly adept at giving us a clear direction to follow for the fundamental development path with the R.S.17. They see the same problems from slightly different angles, which is insightful. Carlos has settled in very quickly and works with his engineers very well. He’s been immediately on the pace. He’s a great team player and works well with Nico, they are both very mature. It’s key that they remain level-headed and keep progressing together. They are both clearly talented and very quick.

It’s #WallpaperWednesday and our #BrazilGP selection is waiting for you there   https://t.co/KpcN91bzcH. Go download, go! pic.twitter.com/VoPkksNOlE

Márquez takes the victory in Aragón

Ogier: It was my mistake and I shouldn’t have touched the bank