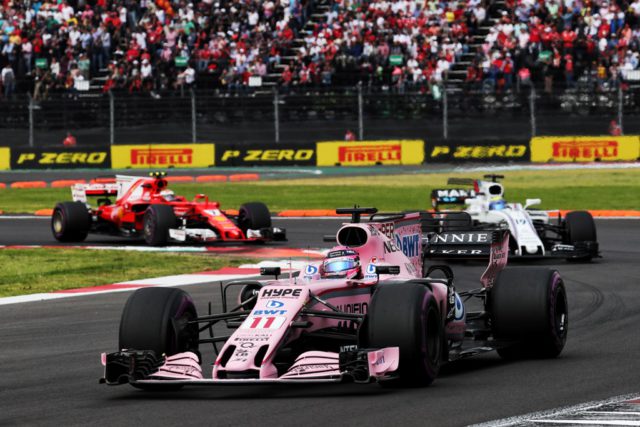 Force India scored 16 points in the Mexican Grand prix as the team secured fourth place in the Constructors’ World Championship for a second consecutive year. Esteban Ocon finished fifth in the race, while home hero Sergio Perez was seventh.

“It’s a great day for the team. Fifth place in the race and securing fourth place in the championship is a fantastic achievement after a strong season”, Ocon said

“For a while, I believed the podium was possible because I was sitting in third place for so long. I made a great start and then I pushed as hard as I could in the free air. Sadly the Virtual Safety Car gave Kimi [Raikkonen] an advantage during the pit stops and he was able to overtake us. The final few laps of the race with [Lance] Stroll behind me were not easy. He had fresher tyres and managed to catch me, so I had to give it everything to stay ahead. When you work so hard for a result it feels very satisfying so I look forward to celebrating tonight.” 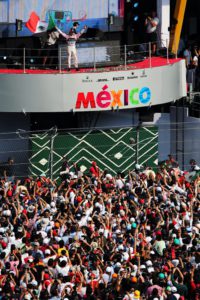 “It’s just a shame that the Virtual Safety Car happened at the wrong moment because it allowed Stroll to jump ahead of me. Otherwise, I think we could have finished in sixth. The main objective of the weekend was to confirm the fourth place in the championship so I’m extremely happy that we have done this with two races to spare. It’s been another special weekend with so much support from the fans and I have to say a huge thank you to all of them for the energy they have given me”, he added.

Thank you very much for all your support and I hope you keep in your hearts a little bit of… https://t.co/Zm1cbTheeC pic.twitter.com/Y4FBZ5wHUX

“It’s fantastic to confirm the fourth place in the championship with a competitive race in front of so much support from the Mexican fans. For a while, the podium looked to be within reach for Esteban until the Virtual Safety Car handed the advantage to Raikkonen and also brought Stroll into play. Esteban had to work hard for the final 20 laps fending off the Williams and did a fantastic job despite being on older tyres. Sergio made a late pit stop for some new ultra-soft tyres and was catching Stroll quickly, but we just ran out of laps. This result is another demonstration of the progress we have made this season and fourth place in the championship for the second year in a row is a wonderful reward for the entire team.”