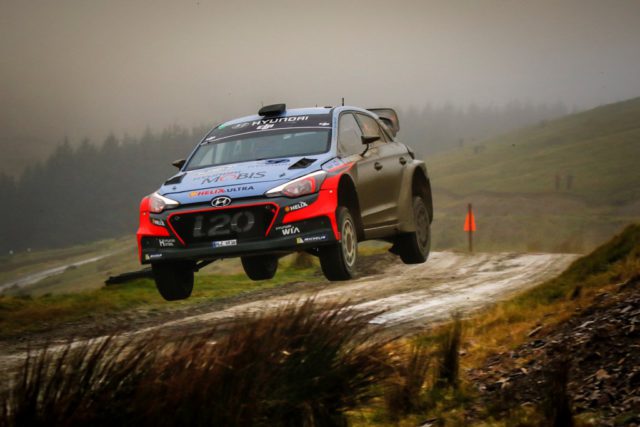 Hyundai Motorsport has confirmed a four-car line-up for the penultimate round of the 2017 FIA World Rally Championship (WRC), Wales Rally GB.

Hyundai Motorsport believes this crew composition will offer the team a competitive line-up for the event, and a chance to keep its Drivers’ and Manufacturers’ Championship title hopes alive.

Paddon will be re-joining the team after missing Rally de España. The event will offer him the ideal opportunity to get back into a competitive rhythm on his favoured surface. Sordo, twice a podium scorer in Wales, will be aiming to emulate his previous feats.

The team will decide the line-up for the final round of the 2017 season, Rally Australia, in due course.

“We had always retained the hope of running four cars in Wales Rally GB. We believe that this competitive line-up gives us a chance of keeping both drivers’ and manufacturers’ titles alive. Thierry scored a podium last year, something Andreas achieved in 2015, so we know their potential there. Hayden has finished strongly in this event previously. So it will be the perfect occasion for him to return to form. Dani, meanwhile, as a previous podium scorer in Wales, will give us a solid benchmark in the fourth car.”

Been a good few weeks in NZ – battery’s recharged and now on our way back to Europe to get this show on the road! #paddonspack pic.twitter.com/jBA9qUp7qu