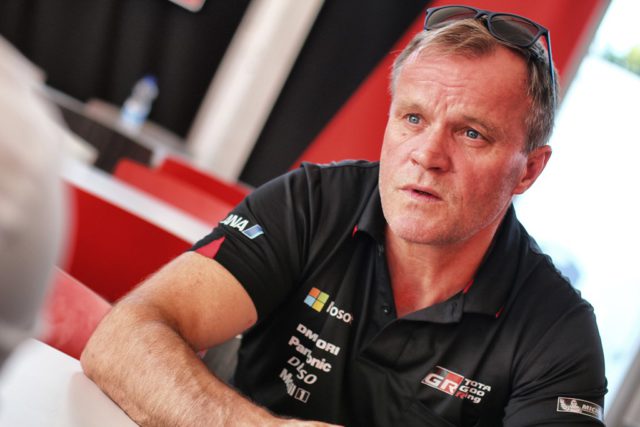 Toyota enjoyed a good Rallye Deutschland with two more stage wins on its last day, taking its total for the race to five and demonstrating the progress that the team is making with the Yaris WRC on asphalt. Juho Hänninen took his second stage win of the event as he finished a superb fourth overall. Jari-Matti Latvala was seventh, while Esapekka Lappi also scored a stage win to end his challenging event on a high note.

“I am very pleased with our performance on this rally. It could have been even more but for the issue for Jari-Matti on Friday. At the beginning of the rally he had good speed and he could easily have fought for the win. The last day was very good for us. Especially for Esapekka, he made a good improvement. It was very important day for him to improve his confidence for this kind of condition. And now I’m really sure that Esapekka is ready to come here next year for fighting. Juho did generally a very excellent drive with fast stage times, and very close to be fighting for the podium. We are confident now that the performance on tarmac is also at a good level. It’s looking good now for the future. Now we will go to Spain where we again should improve our performance.” 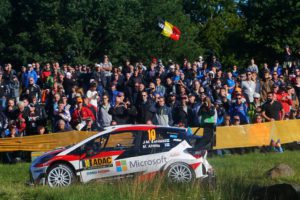 “In the first Sunday stage I was a little bit slow; I wasn’t quite awake yet. The second one went really well. I liked the stage and I had a good feeling about it going into the Power Stage. Unfortunately I had a touch in a left-hand corner very early in the stage, and I didn’t push because I was afraid I had a puncture. Still, it’s nice to get some points after the problem earlier in the rally.”

All the pics of @ADACRallye are on my website https://t.co/BIgb5ti36S and on my Facebook page! (Just in case you want to check them ;))#WRC pic.twitter.com/4AksWiUUIT 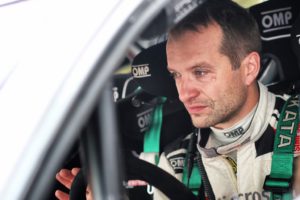 “I’m very happy with this result. I lost a lot of time on the first day, but after that it has been good. The car has been great and the feeling has been good. I enjoyed pushing on the last morning, and then I backed off a bit. It’s very positive, especially if you compare it to the first part of the season.” 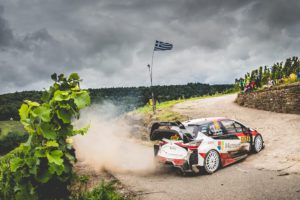 “We did a lot of analysis on Saturday night and found things that I was doing wrong, and Sunday was a lot better. The second stage was really good. On the next one I went off because I braked too late, and the engine stalled. On the Power Stage I was really lucky, I had a big moment. But we must be happy with the speed we had.”