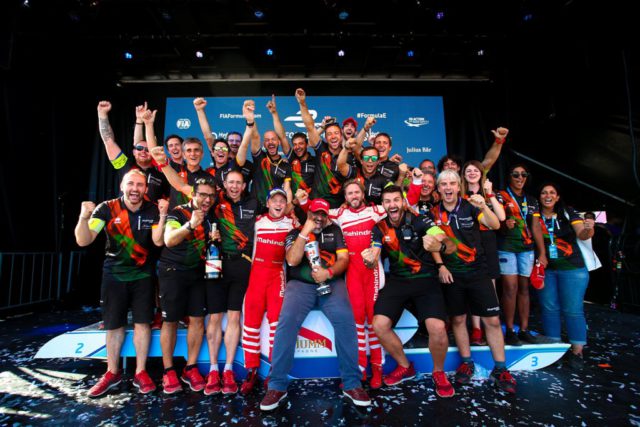 Mahindra Racing has capped off its best ever season in the FIA Formula E Championship with second place at the Montreal ePrix.

Swedish racing driver Felix Rosenqvist delivered the team’s final podium in round 12, while teammate Nick Heidfeld followed in fifth to lock down third in the Teams’ Championship. It was a far cry from last Saturday’s race and a fitting end to a whirlwind journey for Mahindra Racing. 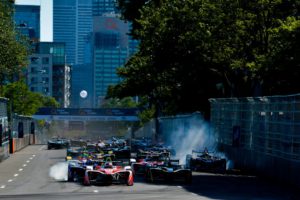 A solitary point for tenth in the first race was wholly unrepresentative of the pace that Rosenqvist demonstrated within the top four for the majority of the race. Heidfeld recovered from P14 to P11 until a clash with Loïc Duval ended his challenge for points on Saturday.

The team mounted a comeback plan overnight to turn its fortunes on the 2.75km street circuit in the heart of the city. Both drivers converted their M3Electro racecar’s potential to outright pace to nail qualifying and enter the Super Pole shootout for the fifth and sixth time since the opening round in Hong Kong.

Pole for Rosenqvist meant he was able to lead the 20-strong field from the start for the third time in his short Formula E career and went on to control the race for almost 30 laps. For Heidfeld, qualifying on the second row in fourth position was a vast improvement on the previous race and he was able to convert to a worthy fifth to contribute to the teams’ overall championship standing.

It caps off a stunning season from the Mahindra Racing team, who finished down in sixth for the previous 2016-17 FIA Formula E Championship. Starting from the Monaco ePrix, Mahindra Racing has collectively out-scored every other team in the paddock.

“Thank you to everyone who has been part of our team, supported and followed us this season. The Mahindra Racing has done an incredible job to deliver our best-ever results, secure third in the Teams’ and Drivers’ Championships and make us the most improved team in the paddock. It’s because of their hard work that we have come this far!” 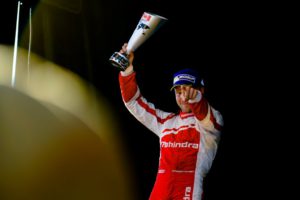 The breakout rookie of the season, Rosenqvist has delivered five podiums including a maiden victory for himself and Mahindra Racing in Berlin

His three pole positions have also helped him to third in the Drivers’ Championship in his maiden Formula E season.

Felix Rosenqvist: “It was a good to come back so strongly from the race [on Saturday], I made a mistake but it meant we were under pressure from Sam Bird to secure third in the Drivers’ Championship. We got the pole though! I was very impressed by the team; Nick and I sat down with them for a long time the night before and figured out how we needed to improve qualifying. We made it happen and that was the key to starting from pole and controlling the race initially. JEV [Jean-Eric Vergne] probably had the better strategy and was hungrier for the win. I spoke with my engineer about where Sam Bird was and didn’t want to compromise my energy targets. I’m very happy to finish in third for the Drivers’ and also happy for the team to finish third in the Teams’ Championship. That’s a fantastic season for us.”

Heidfeld collected a further five podiums for the team, including four at consecutive race venues from Monaco up to the previous round in New York City

Nick Heidfeld: “It’s a great end to the season for us and I’m delighted for the team. Finishing third in the Teams’ Championship was the main target. I was very happy to be in Super Pole for qualifying [on Sunday in Montreal] and then to start from fourth in the race. I did a good job but it was a difficult weekend because I just couldn’t keep up with the pace of the cars in front. Finishing fifth was OK and I was able to secure some points. The race went pretty smooth, nothing crazy happened, but most importantantly we finished in the top three in the Teams’ Championship! Congratulations to Lucas di Grassi and to Renault e.dams for winning their championships.”

A podium in Montreal ?? to top off our best ever @FIAformulaE season, it’s been a stunning journey. #Passioneers we did it! ? pic.twitter.com/65qnx4ckhL