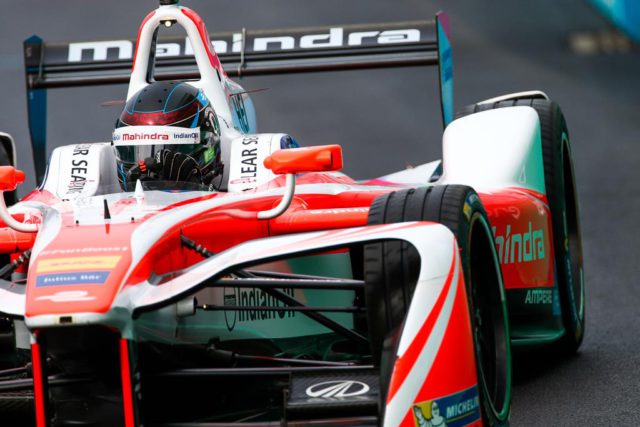 Mahindra Racing heads to Montreal for the final weekend of the 2016-2017 FIA Formula E Championship with the goal of securing its season objective of third place in both the teams’ and the drivers’ championship. However, with just 12 points separating the team from second place ABT Schaeffler Audi Sport, and two races taking place in the Canadian city, second position is well within its grasp.

With its competitive M3Electro, Mahindra Racing has established itself as one of the leading contenders this season

A successful weekend in the New York City ePrix extended the team’s impressive run of results. Drivers Felix Rosenqvist and Nick Heidfeld finished second and third respectively in Brooklyn, scoring Mahindra Racing’s second double podium of the season after Berlin. The result also brought the team’s total podium tally to nine, the most of any team in the championship.

Since the Mexico ePrix back in April, Mahindra Racing has scored more championship points than any other team (145), while Rosenqvist has taken most driver points (84). It sets things up nicely for an exciting season finale around the bespoke track in Montreal, which marks Formula E’s first visit to Canada.

Montreal is no stranger to motorsport. The city has played host to Formula 1 since 1978. But Formula E will bring racing into the heart of the city on a bespoke 2.75km circuit.

Coinciding with Montreal’s 375th-anniversary celebrations, the double header race weekend will see Formula E cars battle it out around Maison Radio-Canada on the second longest circuit on the calendar.

The circuit features 14 corners, most at 90-degrees, and a bus-stop style chicane. There will be the added challenge of an incline around the track which will require Mahindra Racing’s M3Electro to adopt a different set-up.

The team boss on the last races of the season

Dilbagh Gill, Team Principal: “It’s a bittersweet feeling to be coming to the end of our best-ever season in Formula E. While we’re looking forward to challenging for the win once again this weekend in Montreal, we’ll be sad to wave goodbye to the season. We’re confident we can secure third place in the teams’ standings. And after our recent run of results, the second place in now within our grasp.” 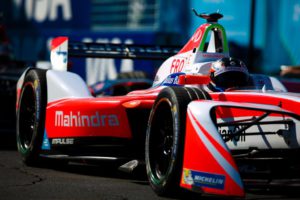 Felix Rosenqvist has been one of the undisputed stars of Formula E in season three. He scored four podiums including a maiden victory for himself and Mahindra Racing in Berlin. The popular Swede is looking forward to a racing return in Canada, albeit in a new location.

Felix Rosenqvist: “I’m really excited to go racing in Montreal having previously competed in Toronto. My aim is for a really strong weekend. There’s no room for error in the final two rounds of the season with a few drivers behind me also in contention. It’s going to be a tough fight. But I will do all I can to finish third in the championship, and in the process doing what I can to help the team chase down second in the team’s table.”

Nick Heidfeld has taken a total of five podiums in season three. These include four at consecutive venues from Monaco up to the last round in New York City. Nick is currently lying sixth in the championship. He will be hoping to use inspiration from his F1 visits to Montreal, where he claimed consecutive podiums in 2007 and 2008.

Nick Heidfeld: “Montreal is one of my favourite cities in the world. When I raced in Formula 1 it was always a highlight to go racing there. To be in the centre of the city is going to be amazing and the crowd there are so open and friendly from my personal experience. I hope they will enjoy the first Formula E race in Canada! I’m confident we can finish the season with strong results and hope I can better my third place on the podium.”