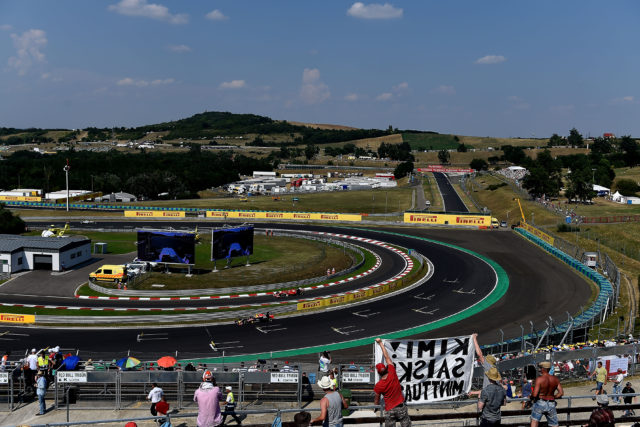 Formula One cars are fickle beasts, built to operate at high speed and withstand G-Forces that test them to the extreme. They rank among the most advanced racing machines ever conceived. But a seemingly simple foe remains one of their biggest threats – heat. F1 cars have a prime temperature operating window – it is reachable by cooling capacity adjustment to suit ambient temperatures. Slip outside of that bracket, however, and the problems begin to mount up. Fluids become critical, brakes cook and both engine and gearbox take punishment. Mercedes explains how teams fight heat and overheating in F1.

On the surface, the solution to overheating is straightforward. Open up the bodywork and increase the mass flow of clean air in through the radiator ducts. On average, F1 cars suck in a massive five cubic metres of air through the radiators. And that happens every second at 300 km/h. But that’s the first challenge of keeping a modern Grand Prix car in the right operating window. Any effort to manage cooling requires some sacrifice of aerodynamic performance. Opening up the bodywork costs around 300 milliseconds per extra 0.5 cubic metres of cooling air, as air goes into the radiators rather than over the rear-wing or under the car and through the diffuser. Teams must find the right balance between cooling and aerodynamic performance – especially with a raw performance sacrifice which can be up to a second per lap at aero-sensitive circuits.

Mapping out cooling requirements starts early in a new car’s life, with radiator design – both shape and size – all linked into chassis design. Underestimate the task here and the angle grinders will soon need to be deployed on a cold-winter morning in Barcelona, as the crew set to work opening up the car’s bodywork.

Teams run complex simulations ahead of a race weekend to prepare for the various cooling requirements presented by the 20 different circuits on the Formula One calendar. The narrow, medium speed layout of the Hungaroring, for example, requires a different level of cooling to, say, Monza with its long straights. For each additional level of cooling, cars lose some aerodynamic performance, sacrificing lap time.

To combat overheating, teams take a war chest of parts to each race to cover any potential issues that can be created by anything as simple as a misjudged ambient temperature setting

Most cars carry a series of louvres alongside the headrest which can be swapped out to offer different levels of cooling, as well as specially shaped rear bodywork for those extra-challenging races.

When FP1 arrives, teams should already have an idea of what to expect and can offer feedback on any potential issue to the driver – for example, if the brakes are running hotter than expected. This is where drivers can directly make a difference, running through engine modes or lifting and coasting to manage temperatures. When you see a car dipping out of another’s slipstream, that’s a sign of a driver struggling with a hot car or hot brakes.

Temperature management itself is an art. Teams balance cooling across key components – including in-car fluids, such as engine water, gearbox oil, as well as the brakes. F1 teams run brakes right to the limit – up to 1,200°C. So it’s not uncommon to hear a driver complain that his brakes are cooking. Charge air – the compressed air from the turbo – also needs cooling before it passes back through the engine to avoid damaging components and to maximise power output. With the introduction of KERS in 2009 (and more prominently since the advent of the Hybrid era in 2014), another factor also came into consideration – regulating the temperature of the ERS Energy Store. 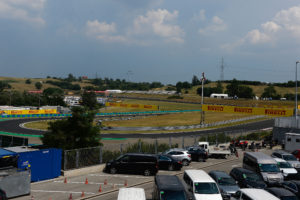 Mexico is tough because of its location – at high altitude. The resulting lower air density – 783.3 millibar, at over 2,000 metres – means that less mass air flow passes through the car’s radiators. To combat this, the engine compressor must work harder, creating more internal heat, which in turn requires extra cooling.

Hungary presents a different challenge thanks to its high ambient temperatures – averaging 32°C and peaking at 35°C across the past five seasons – and the nature of the circuit layout. The tight, twisting track is not heavy on engine duty. But there aren’t long straights. Besides, a lack of overtaking opportunities creates heavy traffic. And all that means cars struggle to find the clean air they need for cooling.

So, what does overheating actually result in?

Simply put, a loss of performance. Sochi was a prime example of this, with Valtteri Bottas able to win in clean air out front, while Lewis Hamilton struggled with fluctuating temperatures behind Kimi Raikkonen’s Ferrari. What’s more, if you push the car too far, it will eventually grind to a halt. Often quite spectacularly. A failure of the Control Electronics on both Silver Arrows – just a single lap apart – cost the team a 1-2 at the 2014 Canadian Grand Prix. It forced Lewis into retirement while leaving Nico to bravely nurse his car home in second.

Next stop, Hungary. With luck, the teams will avoid any toasty encounters, as everybody tackles the challenge of keeping cool in the baking Budapest sunshine…

Ricciardo: In Baku there are lots of places where you can pass

Da Costa delighted with the podium: I waited for my chance – and then...

Petter Solberg: Our rivals are strong, we have to be even stronger