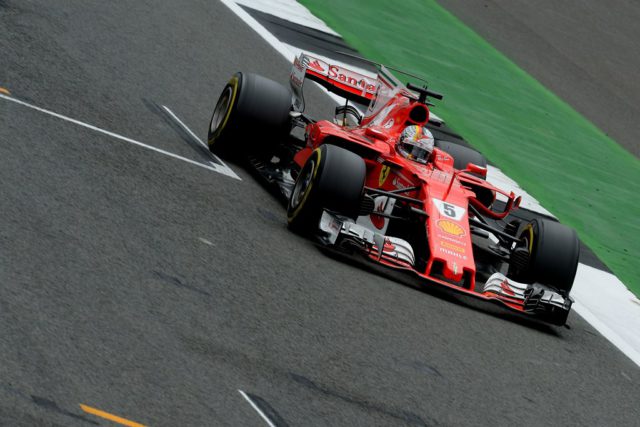 Pirelli concluded the analysis of Sebastian Vettel’s damaged front-left tyre, which affected him at the very end of the British Grand prix. The Ferrari driver had a puncture and made an unscheduled pitstop. He finished the race in seventh place.

Pirelli made the conclusion that the original cause of the failure was a slow puncture. The tyre supplier made a preliminary investigation after the race at Silverstone. The full investigation confirmed its results. According to Pirelli the consequent driving back to the pits on an underinflated and then flat tyre led on to the final failure.

Pirelli concluded the analysis of Sebastian Vettel’s damaged front-left tyre, which affected him at the very end of the British Grand prix

The other Ferrari driver – Kimi Raikkonen – also had a puncture. He too had to make a pitstop, but still managed to get on the podium in third place. Pirelli announced that the Finn’s damaged tyre shows less evidence of what occurred. Further tests and analysis are still ongoing in the tyre supplier’s laboratories. It will take a few more days to reach a definitive conclusion, the statement said.

Mercedes took a double victory in the British Grand prix with Lewis Hamilton winning his home race. He slashed Vettel’s lead in the overall championship standings to just one point. The Hungarian Grand prix will take place next weekend and after that Formula 1 will go on vacation until the end of August.

The human face of Formula 1