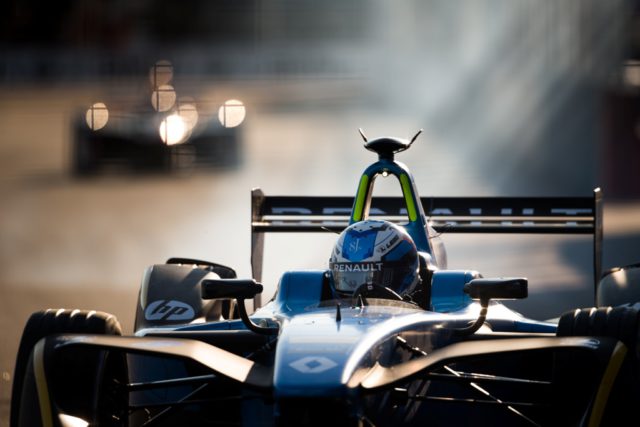 Renault e.dams enjoyed a strong race in the New York City double header and penultimate round of the FIA Formula E Championship. The fourth place from Pierre Gasly and the sixth position for Nico Prost allow the team to extend their lead in the Teams’ standings by 65 points over their nearest rival and Sebastien Buemi to remain on top of the Drivers’ championship with an advantage of 10 points.

After the opening lap of the Sunday race, Nico Prost jumped up into eleventh while Pierre Gasly dropped one place

They were soon on a charge to gain more points and finish higher up the order. Seven laps into the race, Nico continued his charge and was into eighth position, while Pierre got his fourth place back. The race saw a first full course yellow as Mitch Evans stopped on track at Turn 5. Once racing resumed, Nico put his foot down and overtook both Tom Dillmann and Oliver Turvey with a bold move for sixth place. Shortly after, another full course yellow followed as Alex Lynn stopped on track in the middle of the straight following Turn 1. Both drivers used this opportunity to swap cars. Back on track, Nico Prost had caught up with the fifth-placed Lucas Di Grassi and started to put huge pressure on the Brazilian.

During the final lap and on the start-finish line, Gasly attempted a brave overtake as he hit in pursuit of Nick Heidfeld. Unfortunately, while battling with the Mahindra Racing driver, he hit the wall but still crossed the line in fourth. Nico Prost brought home his car in sixth.

Renault e.dams had a positive weekend overall and left the city with 259 points, with 65 points lead over ABT Schaeffler Audi Sport. Buemi remains on top of the Drivers’ standings with a 10 point advantage over Di Grassi.

“I would like to thank Pierre Gasly for the points he scored for the team. They are very precious to us. Nicolas did a great job as well to maintain our advantage in the Teams’ championship. I am delighted that the weekend is over because we were anxious not having Buemi, who maintains a ten point lead over Di Grassi in the title battle. Despite our lead, we will go to Montreal with great humility and we will work in the same direction, without thinking that the job is already done.”

“We ended a stressful weekend in the best way possible with a positive result. This is thanks to a great achievement from Pierre and a strong recovery from Nicolas, who started the race in 14th. We are satisfied leaving New York with an important advantage in the Teams’ standings. I would like to thank the whole team for their work, for being calm and to the drivers who did exactly what we asked, in order to score these important points.”

“It was not an easy weekend but I had two great races, especially recovering on Sunday from 14th to sixth. Maybe we could have found a balance between Saturday’s race and the second one in terms of number of laps because there was a real difference; 45 and 47 laps would have been better. When you have to save a lot of energy, you can’t overtake. On the other hand, I need to try something different for qualifying because it’s not working. I will continue to try my best to take points every race and be back on good pace.” 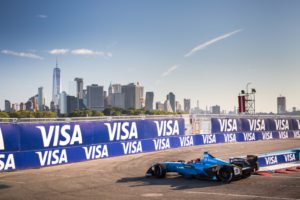 “This weekend was very positive because it was my first experience in Formula E and I didn’t really know what to expect. We had a very busy schedule, especially with me arriving later on during the event. There was a lot to learn but we did great. We scored important points for the team. I didn’t expect to be in Super Pole this morning after only one day spent in the car. Furthermore, having to learn how to manage the battery and dealing with this in addition to driving. It was a great opportunity to discover a new discipline and I enjoyed the challenge very much. I would like to thank the team for this great weekend and I hope they will win in Montreal.”

Anyone who knows Sam Bird, knows he is a fair driver, Filippi says